Family of fallen soldier held by Hamas: 'Don't release bodies of the terrorists'

Three Arab-Israelis from the northern Israel town of Umm al-Fahm killed two police officers and injured three others in a shooting attack on the Temple Mount. 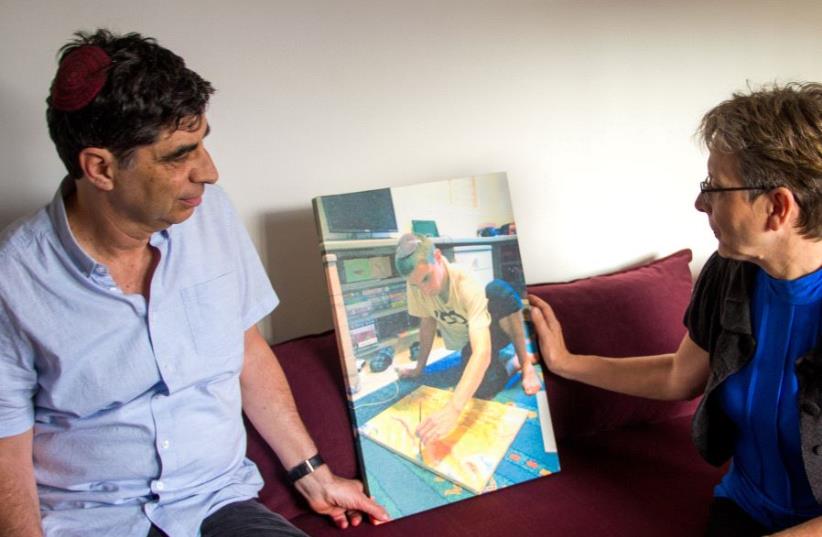 Simha and Leah Goldin with a photo of Hadar doing one of the activities he loved - painting - his last piece before he was killed.
(photo credit: LAURA BEN-DAVID)
Advertisement
The family of fallen IDF soldier Hadar Goldin, killed in Gaza during Operation Protective Edge in 2014 and whose body is being held by Hamas, have called on the government to refrain from releasing the bodies of the three terrorists who carried out Friday morning's terrorist attack in Jerusalem. Three Arab-Israelis from the northern Israel town of Umm al-Fahm killed two police officers and injured three others in a shooting attack on the Temple Mount."The first organization that rushed to boast about the terrorist attack and its severe results was Hamas," said the Goldin family in a statement."Even though the perpetrators are terrorists with Israeli identification cards, cabinet ministers must seriously consider the matter of releasing their bodies, which would be a prize for Hamas.""The release of the bodies will be interpreted by Hamas supporters in the West Bank and Gaza as further proof of the lack of clear Israeli policy on releasing the bodies of terrorists," concluded the statement. 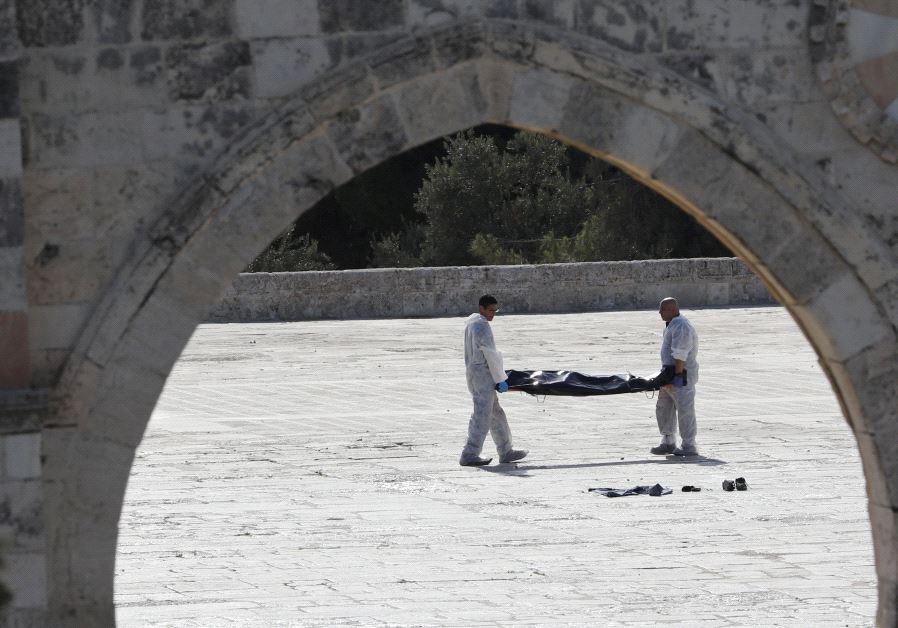 Israeli police remove the body of one of the assailants from the Temple Mount compound, July 14, 2017. (Reuters)
The Goldin family also sent their wishes to the families of the two police officers killed on Friday morning.The slain officers were named by Israel Police as Hail Stawi, 30, from Maghar and Kamil Shanan, 22, from Hurfeish both in northern Israel.The attackers were later identified by the Shin Bet as 29-year-old Muhammad Ahmad Mahmoud Jabarin, Muhammad Ahmed Fadel Jabarin 19, and Muhammad Hamed 'Abd al-Latif Jabarin, 19, from Umm el-Fahm in northern Israel.On Thursday, Prime Minister Benjamin Netanyahu confirmed media reports that the Israeli government is currently working to win the release of the bodies of two Israeli soldiers held in Gaza, Hadar Goldin and Oron Shaul, as well as two Israeli civilians held by Hamas."We are not giving up on this mission – including over the last few days – until we successfully carry it out," said Netanyahu.