Organizers said the demonstration will be the first in a series of protest moves that will focus on the humanitarian side of the story, with the goal of pressuring Hamas into releasing Mengistu. 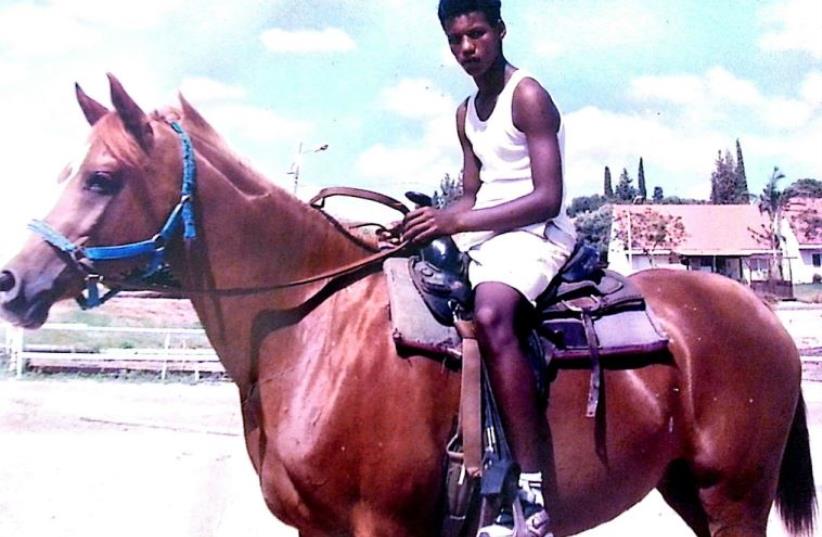 Avera Mengistu
(photo credit: Courtesy)
Advertisement
Family and supporters of Avera Mengistu, an Israeli man held by Hamas in Gaza for almost a year, will protest outside Hadarim Prison Monday morning, signaling a change in tactics after many months of keeping quiet.Organizers of the demonstration say they will rally at 8 a.m., just as the relatives of Palestinian security prisoners arrive by bus to visit their loved ones. They said on Sunday that their intent is to hopefully reach out to the families, and plead with them to pass on a message to Hamas that Mengistu’s release is a humanitarian issue, and that he should be returned to Israel.Organizers said the demonstration will be the first in a series of protest moves that will focus on the humanitarian side of the story, with the goal of pressuring Hamas into releasing Mengistu.Eliran Bareket, the media adviser for the family, said on Monday that Mengistu “wasn’t kidnapped, this poor man was mentally unstable, and didn’t know what he was doing. His return is a humanitarian issue.”He added that “if the state can’t help we’re going to do what we can do.”News of Mengistu’s disappearance was first cleared for publication in Israel in July, 10 months after the 28-yearold Ashkelon resident walked into the Gaza Strip. Mengistu’s family agreed to demands made by representatives of the government not to go public with his story, and to not make noise or hold protests that they said could scuttle efforts to secure his release.The same day the story was cleared for publication, a recording was released of a meeting between the family and Col. (res.) Lior Lotan, the prime minister’s representative dealing with hostage issues, who could be heard making threatening statements to the family, including that “whoever turns this into a story involving the Ethiopian community versus the State of Israel, will keep Avera in Gaza for another year.”He could also be heard saying that if the family publicly begins blaming Israeli authorities for the lack of progress in securing his release, they “will be responsible for the outcome.”Both Lotan and Prime Minister Benjamin Netanyahu apologized to the family after the recording was made public by Channel 10.Mengistu is one of two Israeli civilians currently being held in the Gaza Strip, the other an unnamed Beduin from the South.Mengistu crossed into Gaza on September 7, 2014, climbing over the barrier near the southern coast. Soldiers at the scene called out to him to stop, but he continued into the Hamas-run enclave.Mengistu’s story broke a few months after highly publicized protests were held by Ethiopian-Israelis, incensed about what they say is unfair treatment by police and wider racism and discrimination in society. Many activists from the protest movement have embraced Mengistu’s story, saying the fact that the family was told to keep quiet and the story was hushed up may indicate that returning Mengistu is less of a priority than that of other hostages, in that he is of Ethiopian ethnicity.