Ziv Mizrahi's uncle, Alon was a security guard at the entrance of Cafe Hilel in Jerusalem when a suicide bomber blew himself up in July 2003. 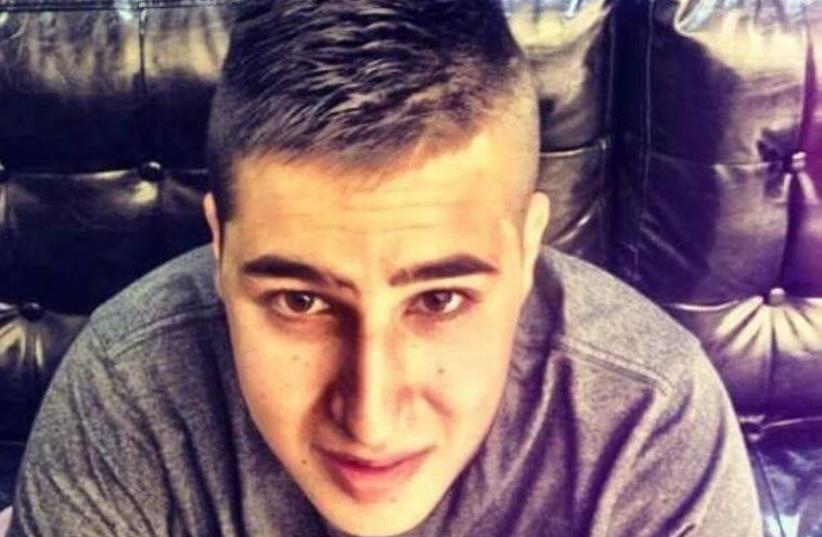 Private Ziv Mizrahi
(photo credit: Courtesy)
Advertisement
Doron Mizrahi, the father of an IDF soldier who was stabbed to death in a terror attack at a gas station north of Jerusalem on Monday, lost his brother to a terror attack in the capital twelve years ago. The victim of the attack on Route 443 was identified as 18-year-old Private Ziv Mizrahi from Givat Ze'ev. Mizrahi was a driver in a unit that operates surveillance balloons.MDA paramedics also treated a woman in her twenties, a soldier as well, who suffered light injuries.The suspected terrorist was shot and killed.Mizrachi will be buried at the Mt. Herzl Military Cemetery in Jerusalem on Tuesday at 1 p.m.
Ziv Mizrahi's uncle, Alon was a security guard at the entrance of Cafe Hilel in Jerusalem when a suicide bomber blew himself up in September 2003.
Alon suspected the suicide bomber outside of the cafe on Emek Refaim street and when he pushed him back in order to prevent his entrance, the terrorist detonated his explosive device killing Alon and six other people. The attack on Monday that killed Ziv Mizrahi came after an earlier terror attack outside the Jerusalem market on Monday morning.In that attack, one female teenaged Palestinian terrorist was killed, and her female teen accomplice was in critical condition, after attacking a Jewish and Palestinian man with scissors outside the Mahane Yehuda Market, in the heart of the capital.Police spokesman Micky Rosenfeld said the two unidentified Palestinian teens, aged 14 and 16, carried out the stabbing while thousands of pedestrians were shopping in the market, or walking down Jaffa Road.A 70-year-old Palestinian man was lightly injured by the assailants and a guard who responded to the attack sustained a light wound to his hand in the resulting crossfire, police said.Also on Monday, a vehicle hit a pedestrian and sped off near the West Bank settlement of Homesh, leading security forces on a manhunt for the suspect.An 18-year-old man was lightly injured in the hit-and-run event and was evacuated to the Rabin Medical Center-Beilinson Campus in Petah Tikva.It was not immediately clear if the incident was an accident or a deliberate car ramming attack.Police set-up roadblocks in the area and were searching for the suspected perpetrator.In another attack on Monday, a terrorist attempted to stab a soldier and was killed near Nablus. No Israelis were injured in that event.