For first time in 3 years, Israel allows some Palestinian cars on Hebron road

During the second intifada, Israel banned Palestinians residing near Othman bin-Affan Street from driving their cars on the streets adjacent to their homes. 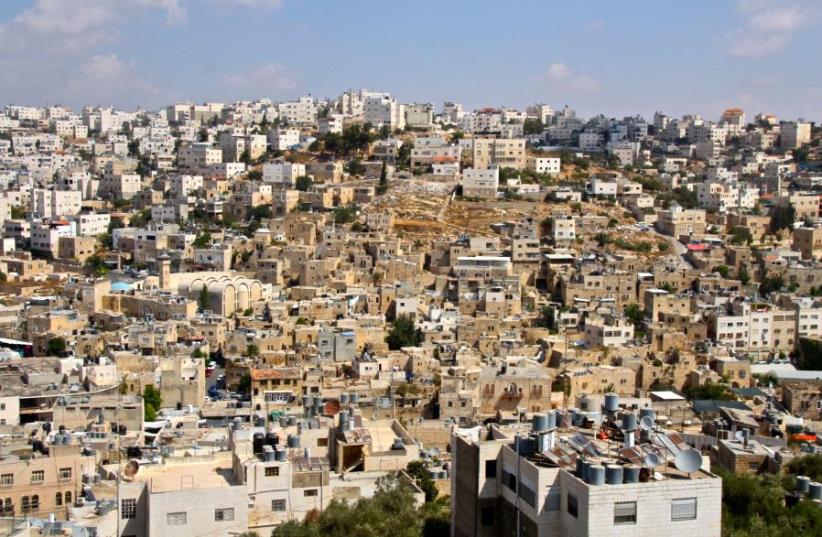 The Old City of Hebron as seen from the Tel Rumeida neighborhood
(photo credit: TOVAH LAZAROFF)
Advertisement
For the first time in three years, Israel allowed some Palestinians to drive their cars on a road near Hebron’s Old City on Sunday, a spokesman for the Palestinian Authority Civil Affairs Ministry said.Israeli authorities permitted six Palestinian-plated cars to travel on part of Othman bin-Affan Street, a road between the Kiryat Arba settlement and the Tomb of Patriarchs, PA Civil Affairs Ministry spokesman Walid Wahdan said.During the second intifada, Israel banned Palestinians residing near Othman bin-Affan Street from driving their cars on the streets adjacent to their homes.However, some three years ago, Israeli authorities began granting permits to some residents living in the area to drive their cars there. But they quickly revoked them following a number of stabbing attacks against Israelis in the Hebron region in 2015.“For much of the past many years, residents living in that area have had to park their cars near the entrance to Kiryat Arba and then walk to their homes,” Wahdan told The Jerusalem Post. “Some of those residents now can drive to their homes and many others will soon be able to do so. We hope that the new arrangement will alleviate the suffering of the people there, especially the sick and old, pregnant women and anyone who wants to transport someone or something.”While Israel has thus far permitted six Palestinians to drive their cars on Othman bin-Affan Street, Israeli authorities have agreed to gradually allow another 149 residents of the area permission to travel on the street, Wahdan said.“Today they allowed six cars,” he said. “Tomorrow they will permit another six. And the they day after tomorrow, they will permit another six. They agreed to eventually allow a total of 155.”The Coordinator of Government Activities in the Territories, the branch of the Defense Ministry responsible for liaising with Palestinians, declined to comment.In a statement, the IDF confirmed it has started to allow some Palestinian-plated cars to travel on Othman bin-Affan Street. It said it has began to gradually permit the cars on the road “to improve the standard of living for the area’s residents and enhance stability.”However, the IDF disputed Wahdan’s statement that it had agreed to eventually permit 155 cars in the area. It said it has only agreed to gradually permit 26 cars on the street.Nonetheless, the IDF said it plans “to take action to provide permits for additional cars in the coming period.”Hisham Sharabati, a Hebron-based activist and researcher, criticized the new arrangement, saying it neglects people living in the area who do not own cars.“There are many people who live near that street who rely on public transportation,” he said. “The new arrangement does not allow for taxis and buses to travel there.”Sharabati also said Israel could revoke the permits it granted to the residents at any time.“There’s no guarantee that these people will always be able to drive their cars there,” he said.Noam Arnon, a spokesman of the Jewish Community in Hebron, said he has “no problem” with Palestinian residents who live near Othman bin-Affan Street driving their cars to their homes as long they have no history of carrying out violent acts against Israelis.The IDF said it has carried out security checks on the residents who have been granted permits to drive on the street.