Four years of jail for Arab-Israeli who joined Islamic State

Following a vacation in Turkey, the family crossed the Syrian border and joined ISIS. 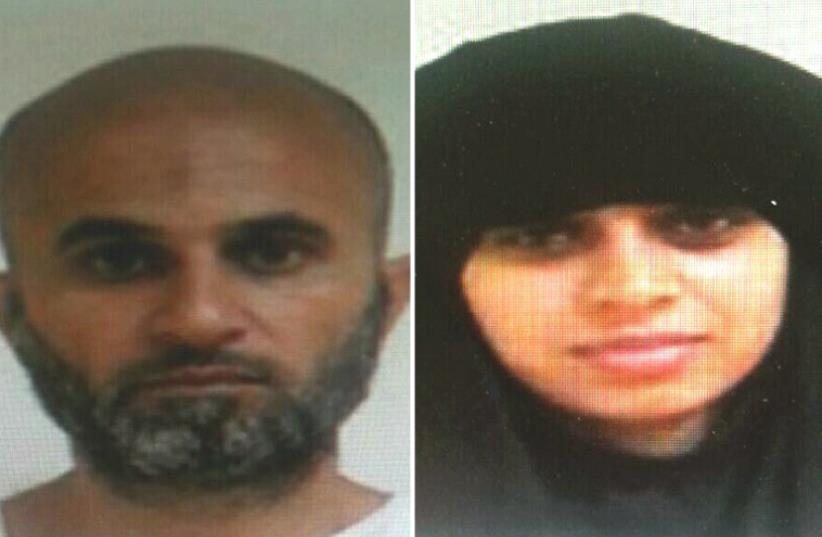 Arab-Israeli couple arrested on suspicion of joining ISIS in Iraq‏
(photo credit: SHIN BET)
Advertisement
Sabrin Zabeidat, an Arab-Israeli woman from the northern town of Sakhnin near Acre, was sentenced to more than four years in prison after joining the Islamic State with her family, Channel 2 reported on Monday.Sabrin and her husband, Wisam, were arrested at Tel Aviv’s Ben-Gurion Airport in September 2016 when they returned from Iran with their three children.According to the Shin Bet (Israel Security Agency), the couple traveled to Turkey for a family event with their children, ages eight, six and three. From there, they made contact with another Arab-Israeli who joined ISIS in 2013 and helped the family cross the border into Syria.The family was recruited by ISIS near the Syria-Turkey border and their Israeli passports were confiscated.According to the Shin Bet, investigations revealed that the couple tried to return to Israel in June because of the worsening situation in the Iraqi city of Mosul.The family needed to pay thousands of dollars to border smugglers in attempt to return to Israel, the investigation showed. The family had allegedly failed in multiple attempts to cross the border between Syria and Turkey.The couple was arrested by Turkish police after they eventually entered Turkish territory, however, and were placed in a detention camp.Days later, Turkish authorities released them and they traveled back to Israel where they were again arrested.The couple told investigators that ISIS media and video propaganda led to their interest in the terrorist group. In September, the couple was indicted in Haifa for departing to an enemy country and joining the terrorist organization.