“There will be no peace without the division of Jerusalem," Meretz chairwoman Zehava Gal-On said. 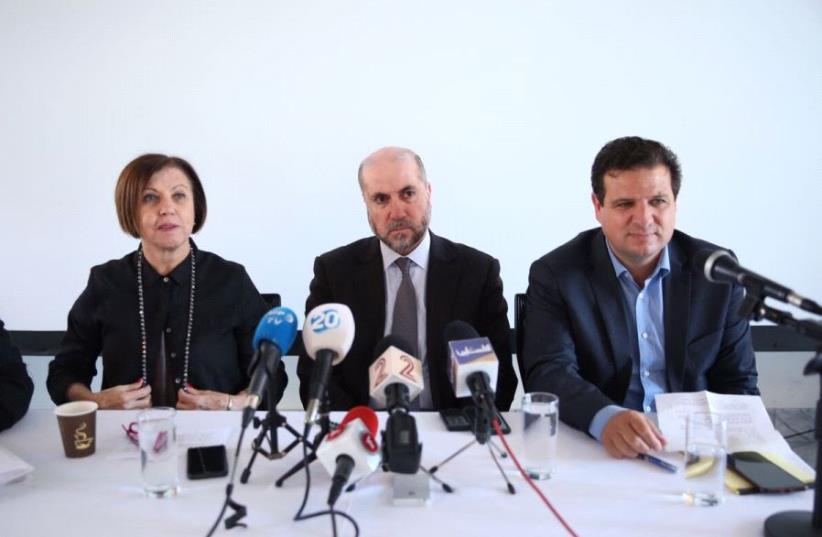 Zehava Gal-On, Ayman Odeh and Mahmud Habash
(photo credit: JOINT LIST)
Advertisement
Two opposition lawmakers and a senior Palestinian official declared on Wednesday their support for the division of Jerusalem in a final peace agreement. They brought up the idea at an event marking 50 years since Israel captured east Jerusalem.“There will be no peace without the division of Jerusalem,” Meretz chairwoman Zehava Gal-On said. In an agreement, “west Jerusalem will be the Israeli capital, and east Jerusalem will be the Palestinian capital.”Gal-On, Joint List chairman Ayman Odeh and senior Palestinian Authority official Mahmud Habash spoke at the American Colony Hotel, which is located meters away from the armistice line that divided the city from 1949 to 1967.“The PLO peace program includes the establishment of a Palestinian state with east Jerusalem as its capital,” Habash said. “This program is still standing.”Gal-On and Habash also expressed support for some form of land swaps between Israel and the Palestinians, which would allow for changes to the pre-1967 lines in a final agreement.“Exchanges of land will be a part of an agreement,” Gal-On said.Israel and the Palestinians have discussed possible land swaps around the West Bank, Jerusalem, and Gaza in previous negotiations.“The idea is on the table, but the problem is that Netanyahu wants to take from the tree before it has been planted,” Habash said.Prime Minister Benjamin Netanyahu has said that he supports a two-state solution, but wants to keep the entirety of Jerusalem under Israeli sovereignty.Odeh said he is open to reviewing an agreement that includes land swaps, but did not want to state an opinion at the current moment.“It is not my place to discuss that issue, because I am not at the negotiating table,” Odeh said. “But if the Israeli government and the PLO reach an agreement, I will certainly have a position.”