The ministry closed Erez, the only pedestrian crossing between Israel and the Gaza Strip, on March 26. 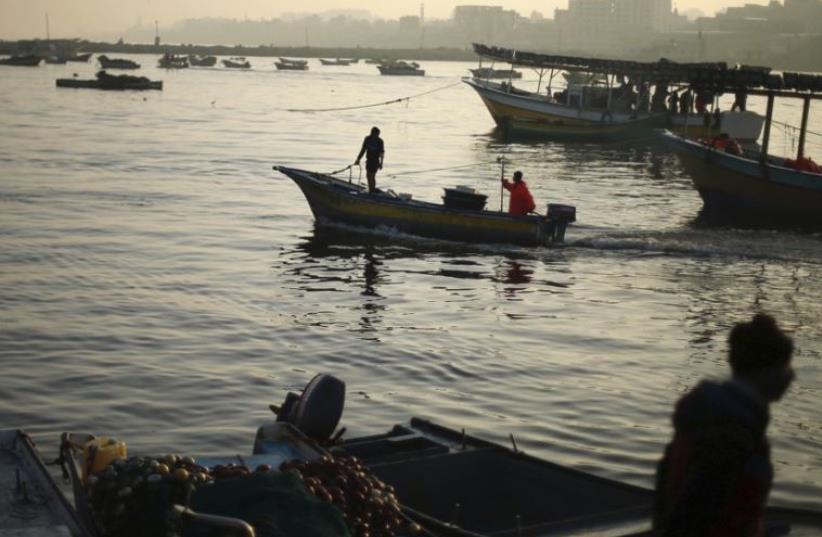 Palestinian fishermen in the waters off of the Gaza Strip
(photo credit: REUTERS)
Advertisement
The Hamas-controlled Interior Ministry in the Gaza Strip lifted its restrictions on travel through the Erez crossing and its blanket ban on fishermen going out to sea, the ministry said on Thursday.The ministry closed Erez, the only pedestrian crossing between Israel and the Gaza Strip, on March 26, except for humanitarian cases returning to Gaza, and barred fishermen from settling sail as a part of its investigation into the assassination of Mazen Fuquha.Fuquha, a senior Hamas military leader, was killed on March 24 near his home in the Tel al-Hawa neighborhood of Gaza City.Hamas has accused Israel and Palestinian collaborators of assassinating Fuquha and threatened to exact revenge. Israeli officials have not commented on the incident except for Defense Minister Avigdor Liberman, who suggested that Israel did not take part in it.In the week following the closure, the Interior Ministry partially lifted its travel restrictions, allowing certain groups to enter Israel and everyone to enter Gaza.The ministry had said it would not fully lift its restrictions until the completion of an investigation into Fuquha’s death, but its statement on Thursday did not clarify if the investigation had been concluded.