Hamas: Infiltrations into Israeli settlements to manifest the next phase of the 'intifada'

"In the next days, the West Bank's settlers will witness additional surprises from Hamas," the Palestinian terror group declared Thursday. 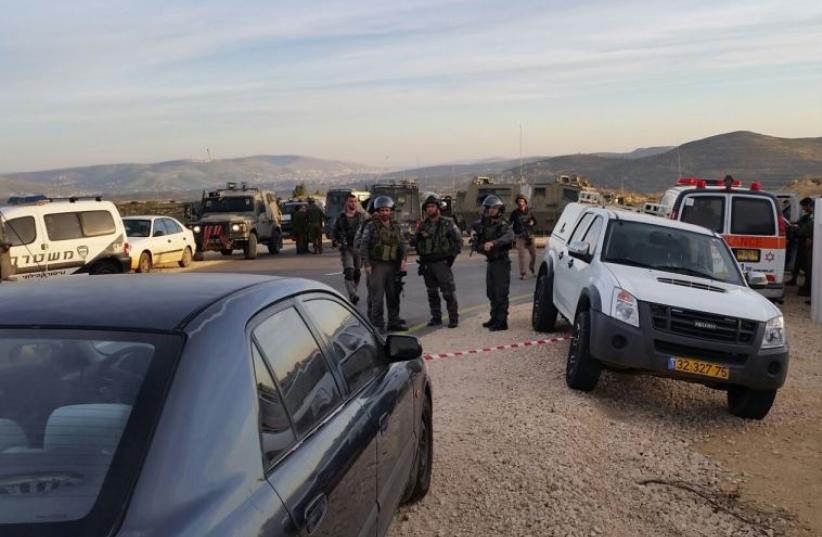 Scene of stabbing attack in the West Bank settlement of Eli, March 2, 2016
(photo credit: BINYAMIN SPOKESPERSON'S UNIT)
Advertisement
Hamas has declared that the recent terror attacks committed by Palestinians in Israeli settlements in the West Bank show that "the next phase of the ‘Jerusalem intifada’ will cause great fear among settlers, who will no longer enjoy security." In a press statement released on Thursday, Hamas Spokesman Husam Badran praised the two stabbing attacks and the shooting attack that took place Wednesday in Nablus that resulted in the injuring of three IDF soldiers.Badran said that the recurrent infiltrations by Palestinians into Israeli settlements, and the stabbing and shooting attacks they carry out inside, signal that the next phase of the intifada will sow fear among settlement residents.He added that Palestinians know that the settlements are Israel's weak point, which means that "they would carry out new forms of courageous attacks by infiltrating these settlements." "In the next days, the West Bank's settlers will witness additional surprises from Hamas," Badran further stated.In recent weeks, various attacks within West Bank settlements have been carried out by predominately lone wolf assailants.On Wednesday, two teenage Palestinian assailants attempted to barge into the home of a resident in the West Bank settlement of Eli and carry out an attack. In mid-January, a Palestinian terrorist stabbed Israeli citizen Dafna Meir, 38, to death in front of her teenage daughter inside their home in the West Bank settlement of Otniel.It marked the first time Palestinian terrorists had executed a fatal attack inside a settlement since March 2011 when five members of the Fogel family were stabbed to death in their home in Itamar.Jpost.com Staff and Tovah Lazaroff contributed to this report.