The IDF Spokesperson's Unit posted an item on its Twitter feed that notes how the Palestinian Islamist group glorifies suicide bombing.

By JPOST.COM STAFF
FEBRUARY 10, 2016 17:43
Hamas video praising suicide bombers
Advertisement
With Israel and Hamas playing a game of cat and mouse underground along the Gaza frontier, the two combatants have opened up a new front in their long-running war – social media.The IDF Spokesperson's Unit posted an item on its Twitter feed that notes how the Palestinian Islamist group glorifies suicide bombing while threatening "to blow the roofs off of buses" in a new intifada.The post prompted the Hamas military wing to retaliate with its own angry retort, saying that "force is the only language you understand…idiots!" 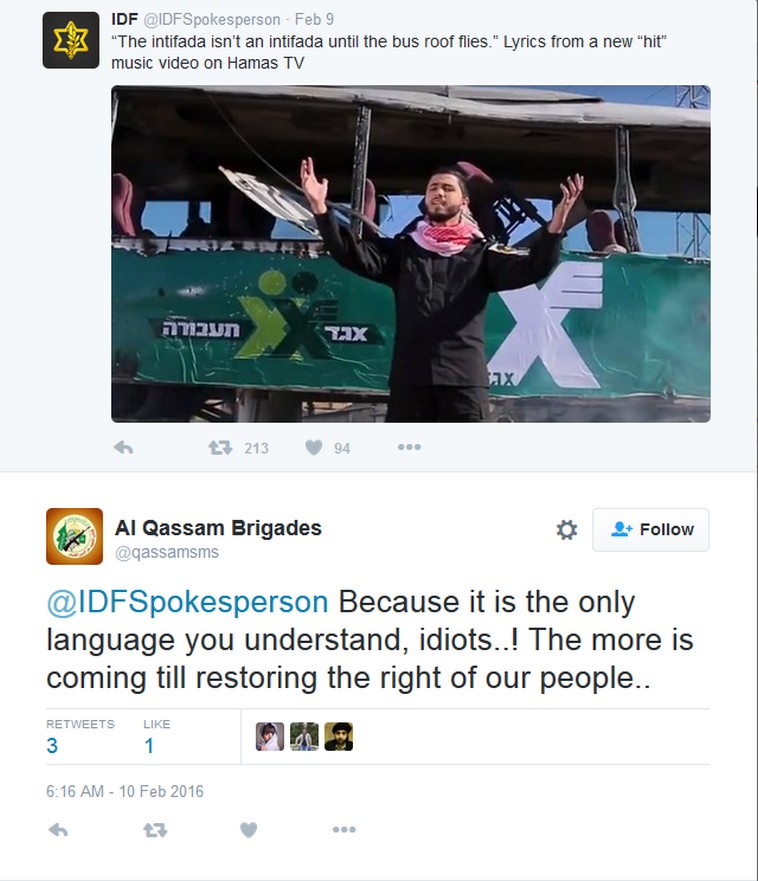 Hamas has been in the news recently as the issue of its tunnels gained attention.The collapse of four tunnels recently – underground passages that Israel says are intended to launch and facilitate attacks against its soldiers and civilians – cost the lives of a number of operatives with the group's military wing.