Hamas: Lifting the blockade of Gaza is the only way to ensure Israel's security 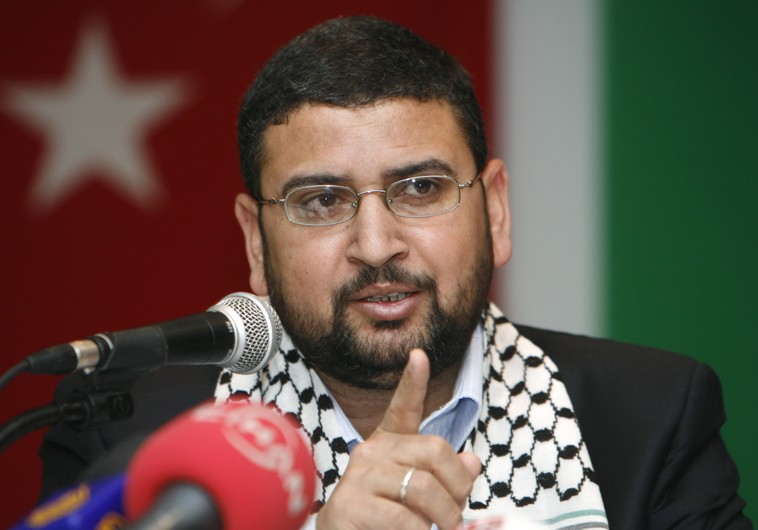 On Sunday Hamas responded to Israel's demand that any deal to end Gaza hostilities must address Israel's security concerns, saying that the only way to ensure Israeli security is by first giving the Palestinians security by lifting the blockade of the Strip.Hamas spokesman Sami Abu Zuhri made the comments after Prime Minister Binyamin Netanyahu said earlier at Sunday's cabinet meeting that Hamas could not rectify its military defeat with a diplomatic victory. The premier also stated that the Israeli delegation at Cairo cease-fire talks would only agree to a deal "if there will be a clear answer to our security needs." Zuhri rejected Netanyahu's comments that Hamas had been defeated militarily. "Netanyahu's talk about an alleged victory is meant for media consumption and to cover up the failure of the operation."As the sides jockeyed for negotiating position ahead of the end of a five-day ceasefire which is set to expire at midnight between Monday and Tuesday, the Hamas spokesman said hundreds of Israeli soldiers had been killed and wounded and rockets had succeeded in "striking deep inside Israel and imposing an air embargo on it." Israeli and Palestinian negotiators were set to resume indirect talks under the mediation of Egypt on Sunday afternoon.Both sides say gaps remain in reaching a long-term deal that would keep the peace between Israel and armed groups in Gaza, and open the way for reconstruction aid to reach the battered enclave.Hamas wants Israeli and Egyptian blockades of the Gaza Strip lifted, as well as the establishment of a seaport and airport, as part of any enduring halt to violence.Israel, which launched its offensive on July 8 after a surge in cross-border Hamas rocket attacks, has shown scant interest in making sweeping concessions, and has called for the disarming of terror groups in the territory of 1.8 million people.Egyptian and Palestinian sources have said that at the Cairo talks Israel had tentatively agreed to relax curbs on the movement of people and goods across the border, subject to certain conditions.Reuters contributed to this report.