The death of the commando came amid signs over the past year that Hamas is attempting to bolster its capability to attack Israel from the sea. 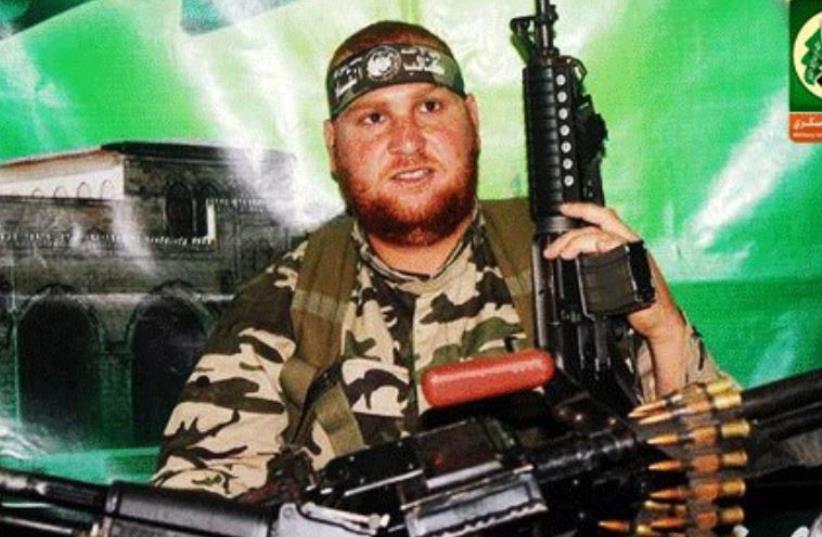 Hamas naval commando who drowned in training accident
(photo credit: ARAB MEDIA)
Advertisement
A member of the naval commando unit of Hamas's military wing, the Kassam Brigades, drowned in a training accident on Sunday off the coast of Gaza, the group announced.The Hamas naval commando was named as 27-year-old Nabil Marine, from Beit Lahia in the northern Gaza Strip.The Kassam Brigades praised Marine as a martyr in its statement on his death.The death of the commando came amid signs over the past year that Hamas is attempting to bolster its capability to attack Israel from the sea.Customs officers and the Shin Bet (Israel Security Agency) intercepted an attempt to smuggle diving suits into the Gaza Strip in May.The shipment was intercepted at the Nitzana customs terminal, on the border with Gaza, authorities said, adding that it was the latest in a “series of attempts to smuggle weapons and equipment to the Gaza Strip.”Import documents claimed that the suspicious package contained sports suits, “but a thorough check by Nitzana customs employees found 40 diving suits inside, which require a special license for import to the Strip.”Security sources assess that the package was part of Hamas’s attempts to build up its offensive military capabilities in Gaza, and particularly a drive to build up its naval strike force, which includes commando units tasked with attacking Israeli targets.Four divers reached Zikim Beach, north of Gaza, during Operation Protective Edge in July 2014 to try and attack Israeli targets.They were eventually identified by IDF lookouts and killed in a strike by the Israel Navy.Yaakov Lappin contributed to this report.