Lin, the attacker's eldest daughter, described her father as a "man with a good heart."

Har Adar attacker Nimer Mahmoud Ahmad Jamal (L) and his daughter (R)
(photo credit: MAAN NEWS AGENCY)
Advertisement
"I love you Dad. You are a man with a good heart," wrote the daughter of the Palestinian terrorist to her father after he carried out a deadly terror attack that killed three Israelis in Har Adar on Tuesday morning.Nimer Mahmoud Ahmad Jamal, who was shot dead by Israeli forces, left behind four children, the eldest 10 years old and the youngest four years old. In his home village of Beit Surik, local residents could not believe the news, emphasizing that Jamal was "a polite man, quiet and a sportsman known for working out. The youth of the village respect him and he is known as someone that helps others."Family members of the attacker rejected the "rumors spread by the Shin Bet (Security Agency)" that he had problems with his wife. "His wife traveled to Jordan to visit a sick family member," they told Palestinian media. "His relations with his wife were completely normal. The Israelis are trying to harm his status as a martyr." 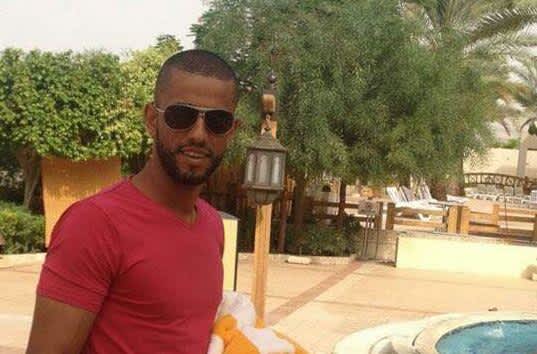 Nimer Mahmoud Ahmad Jamal, perpetrator of the September 26, 2017 terror attack in Har Adar (Social Media)
Lin, the attacker's eldest daughter, described her father as a "man with a good heart" in her letter. She added: "Netanyahu, do you think that a father with a good heart would want to die if you hadn't forced him to kill you because of the injustice, killing and brutality that you've caused?"Family friends also described him as a good man who helped others. "He loved his children, he was good with them," they said. "He always took them on hikes. His married life was good and regular."Palestinian media underlined the apparent expertise of the attacker who managed to hit four Israelis within four or five seconds.They also reported on Tuesday afternoon that Israeli security forces forced their way into the attacker's house in Beit Surik and arrested his brother. Security forces also sealed off entry and exit from the village, thereby preventing media from approaching the house. Armored IDF vehicles were attacked by local residents as they drove through the town.