Hassan Nasrallah: 'There is no location in Israel outside of our cross-hairs'

The Hezbollah leader also thanked Syria and Iran for their assistance in the war ten-years-ago, and noted that his terror organization "is spearheading the fight" against Israel. 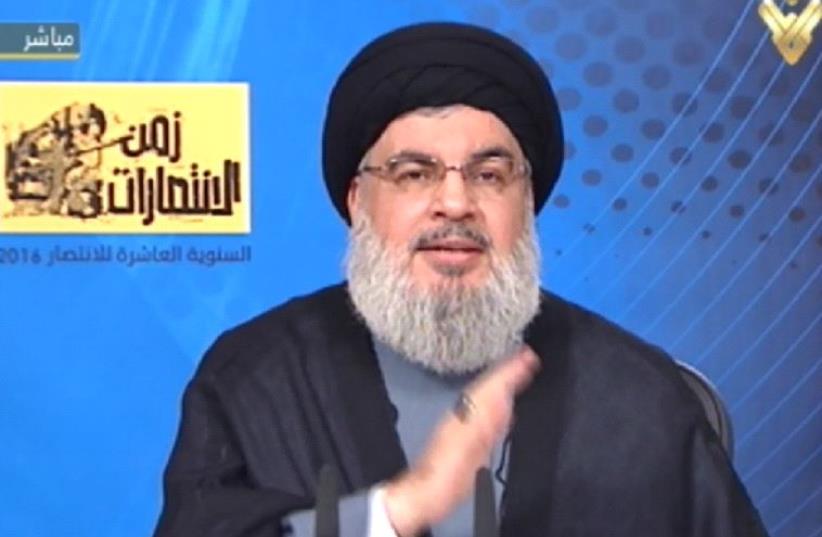 Hassan Nasrallah during a video broadcast.
(photo credit: ARAB MEDIA)
Advertisement
Thanks Syria and Iran for help in war against Israel 10 years ago “Israel knows that there is no location in the country that is not in Hezbollah’s cross-hairs,” Hezbollah leader Hassan Nasrallah said in a speech Saturday evening.He added that there is “no region of Israel outside the reach of Hezbollah’s missiles.”At the ceremony, marking the tenth anniversary of the Second Lebanon War, Nasrallah stated that “Israel believes everything the resistance says. Israeli authorities didn’t declare any goals in the Gaza Strip for fear they wouldn’t achieve them.” 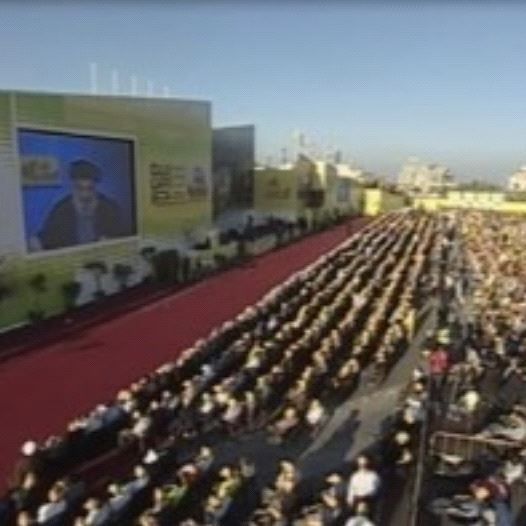 A ceremony in Lebanon marking the tenth anniversary of the Second Lebanon War. (Credit: Arab Media)
Nasrallah spoke via video to his supporters in Bint Jbail in southern Lebanon and said that victory in the war was the organization’s most important achievement.“Israel’s military theory, which rested on a quick military operation in enemy territory, failed. Results of the war damaged public trust in the Israeli army, as well as the confidence of the political leadership,” Nasrallah said.“A physical body can be repaired, but the spirit is much more difficult. Israel’s spirit and will was damaged and their trust was undermined between the public and the army and between the army and the political echelon.“The war stirred an awakening in the Israeli army and caused a crisis of confidence which still exists. This damaged their ability to win the war. [IDF Chief of Staff Lt.-Gen. Gadi] Eisenkot said that the biggest threat to the military is the decline in public confidence. This undermined confidence in the leadership of the army which was cowardly and weak.It also undermined the confidence of the Israeli political leadership and created a leadership crisis in Israel.“The last war between the Lebanese resistance [Hezbollah] and the Israeli occupation hurt them [Israel] internally,” Nasrallah said. “It almost brought the state to near collapse.”“Israel’s aims include destroying the resistance,” Nasrallah continued, “and to remove Hezbollah from their border and to create a new Middle East, which has failed.”The Hezbollah leader also thanked Syria and Iran for their assistance in the war 10 years ago, and noted that his terrorist organization “is spearheading the fight” against Israel