The IDF Spokesperson's Unit says the drone "fell" yesterday and that it wasn't downed. 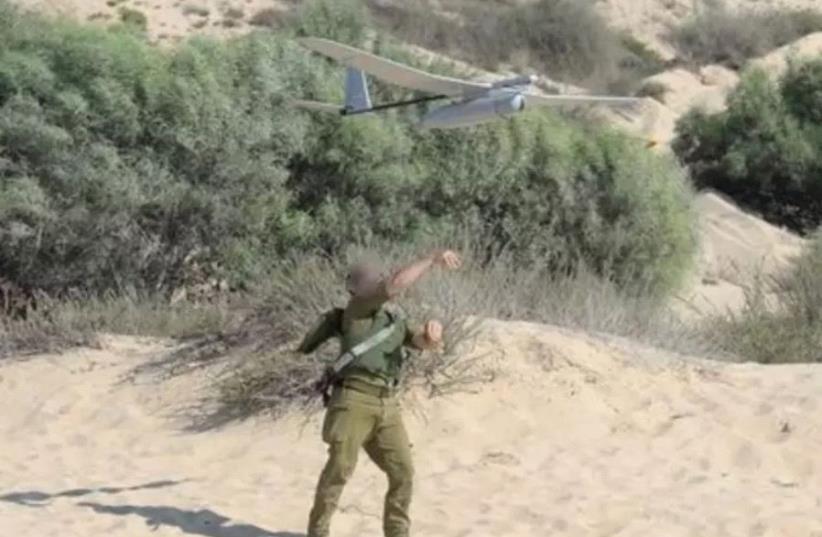 IDF soldier with a drone
(photo credit: IDF SPOKESMAN’S UNIT)
Advertisement
Hezbollah said on Monday that the Syrian military shot down an Israeli drone above Quneitra, in the Syrian-occupied part of the Golan Heights, according to a report by Hezbollah-affiliated TV network Al Manar. Minutes later, the Syrian Defense Ministry released a statement that its air defense unit had shot down an unmanned aerial vehicle over the outskirts of Quneitra, though did not specify the drone's origin.The IDF Spokesperson's Unit said early Tuesday morning that the drone fell in Syria yesterday and that it wasn't downed.Hezbollah media showed alleged pictures of the UAV, which they say was a Skylark drone.
Alleged Israeli aerial attack in Syria

This is the second time in the past few days that Hezbollah claimed an Israeli unmanned aerial vehicle was downed in Syria. It's the second Skylark drone to allegedly come down in enemy territory in the past week, after one crashed in Gaza on Wednesday.On Sunday, according to Syrian reports, the IAF struck inside Syria for the second time in the span of 48 hours. An Israeli drone struck a vehicle in the Quneitra countryside, killing the driver, Yasser al-Sayed, who was a commander in Syria’s air defense unit, according to Channel 2. Hours before that, Syrian media reported that regime forces had “repelled” an Israeli reconnaissance drone near the town of Khan Arnaba, close to where Friday morning’s Israel Air Force strike allegedly occurred. The air force’s Arrow anti-aircraft missile defense system intercepted a Syrian SA-5 missile fired at Israeli jets on Friday night. The jets had already returned to Israeli airspace when they were attacked, after striking targets in Syria.