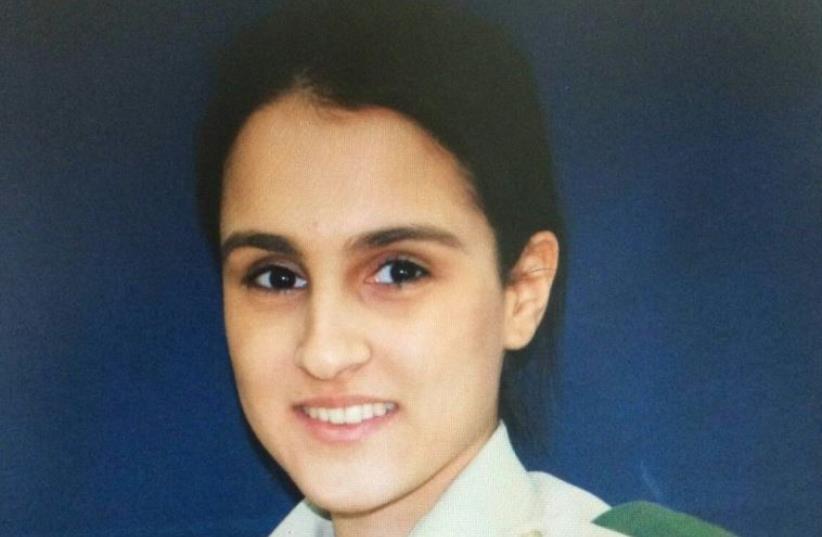 Police Corporal Hadar Cohen, 19
(photo credit: Courtesy)
Advertisement
The High Court of Justice on Thursday rejected a petition against Israel's slated demolition of the West Bank home belonging to a Palestinian man accused of assisting in the terror shooting that killed Border Police officer Hadar Cohen, 19, in Jerusalem in February. Cohen was killed and another female officer critically wounded in the attack carried out by three Arab terrorists wielding machine guns, pipe bombs and knives.The court confirmed the demolition, after rejecting the appeal filed by the father of Bilal Ahmed Abu Zeid, the Palestinian who is accused of providing weapons and transportation to the three terrorists in the attack. Following the attack, the IDF and civil administration mapped out the home of Abu Zeid for demolition in Kabatiya in the Jenin area. In his appeal, Abu Zeid's father claims that the demolition of homes is an illegal act according to international law. He also charged that until his son is proven guilty, the demolition should not be approved. The father's petition added that there was not enough evidence to incriminate Abu Zeid based on the allegations against him. He also stated that such a measure should not be taken as his son was not the direct perpetrator of the attack, and that the demolition of the house would leave his youngest children without a home.  Another appeal against the move had been filed by the owner of a metalworking shop located on the ground floor of the builidng where Abu Zeid lives with his parents and and siblings. In April, Israeli forces razed the Kabatiya houses of Ahmed Rajeh Zakarneh, Muhammad Ahmed Kmail, and Ahmed Najeh Abu al-Rubthree - the three terrorists who carried out the shooting and stabbing attack at the Damascus Gate.