No Israeli soldiers were harmed in the incident. 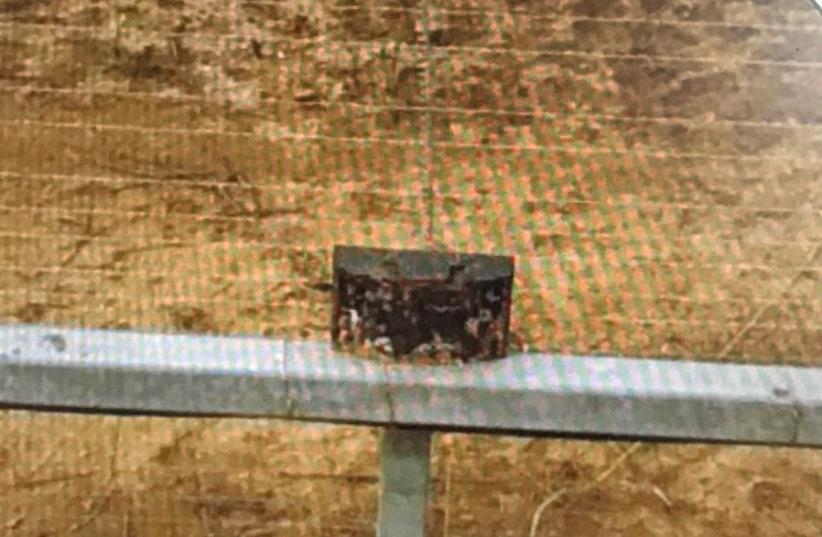 Explosive device Gaza Strip border
(photo credit: IDF SPOKESMAN’S UNIT)
Advertisement
Two explosive charges found near the border fence with the Gaza Strip were defused by IDF troops on Tuesday morning, the army said.According to the statement, the two charges which had been laid in an off-limits area in the Northern Gaza Strip, were planted in order to harm IDF troops. After they were neutralized, the charges were taken in for further examination. No soldiers were harmed.Explosive device found near Israel's border with Gaza. (IDF Spokesperson's Unit)Earlier in the day, Palestinians in Gaza had reported of Israeli troops and engineering vehicles operating on the Gaza side of the security fence and reported that a fighter with Islamic Jihad had been wounded after an IDF tank had fired toward an observation post in the Strip near where the IED’s had been placed.But according to the army, which does not comment on foreign reports, they were “not aware” of any such incident. Tensions between Israel and the Gaza Strip have been high as of late, with the discovery of the two IEDs coming just days after the IDF struck multiple Hamas targets in Gaza on Thursday in response to gunfire emanating from the Strip at Israeli soldiers. The air force and artillery strikes occurred after troops carrying out routine security activities near the border security fence had come under fire, and while there were no injuries, a military tractor sustained light damaged.Sporadic rocket fire by terrorists has also been launched across Israel's border in recent weeks, including last Wednesday. No rocket warning sirens sounded as the projectile impacted, striking in an open area near the Ashkelon coast. There were no injuries or damage from the rocket, which was fired from Beit Hanun in the northeastern Gaza Strip.The projectile launching marked the fifth attack on southern Israel in the last month, including two strikes by Islamic State affiliates in Egypt's Sinai Peninsula.Most of rocket launchings have been claimed by small jihadist groups, many times as a means for pressuring Hamas by raising tensions between the terror organization and Israel. Hamas has cracked down on these small groups, recently carrying out a wave of arrests among Salafi, jihadist, pro-Islamic State organizations.