The closures are due to be lifted late Tuesday, pending a security assessment. 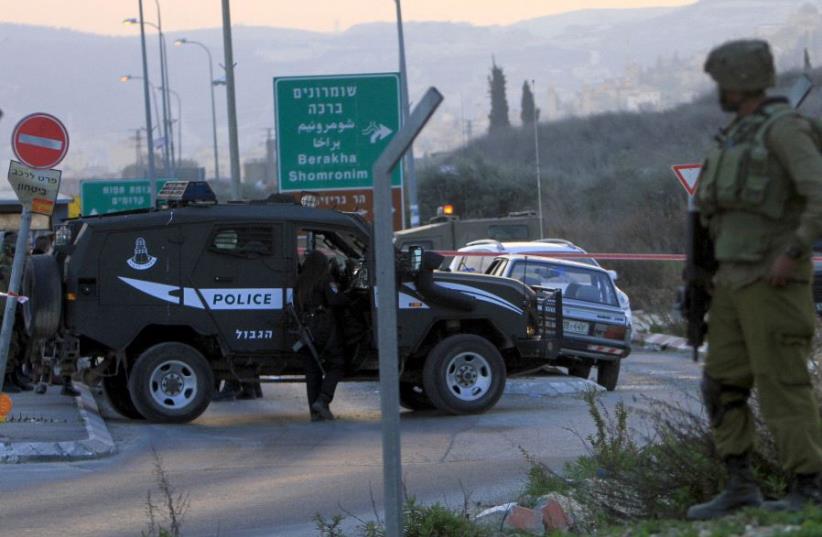 Hawara checkpoint
(photo credit: REUTERS)
Advertisement
The IDF imposed a general closure on the West Bank and shut down Gaza border crossings late on Saturday night ahead of Memorial Day for the Fallen of Israel’s Wars and Independence Day, the military announced.The closures are due to be lifted overnight between Tuesday and Wednesday, pending a security assessment. The IDF added that humanitarian, medical and critical cases will be permitted in and out of Gaza and the West Bank amid the border closures with the approval of the IDFs Coordinator of Government Activities in the Territories (COGAT). Israeli Remembrance Day is marked from Sunday at sundown to Monday at sundown, and is immediately followed by Independence Day, which is celebrated from Monday evening until Tuesday evening.The decision was made in coordination with the political leadership following security assessments. Security forces regularly step up their preparedness prior to the holidays, including imposing a closure on the West Bank and Gaza as there is often an uptick in tensions and violence.During the holiday of Passover, the military imposed a week-long closure of the West Bank and Gaza Strip.
IDF soldier killed in Ofra Junction ramming attack (credit: REUTERS)
The announcement came shortly after 21-year-old Palestinian Malek Ahmad Mousa Hamed from Silwad rammed his car into two Israeli soldiers at a West Bank bus stop at the Ofra junction, killing 20-year-old Sgt. Elhai Teharlev and lightly wounding another.In March, the IDF closed all crossing to the West Bank and Gaza to Palestinian for the second year in a row in light of the Jewish holiday of Purim. Holidays, including Purim, have often seen an uptick in tensions and violence. Several terror attacks have occurred during Purim, including a deadly suicide bombing in 1996 which saw a Palestinian suicide bomber blow himself up outside Tel Aviv’s Dizengoff Center killing 13 Israelis, including five children and wounding 130 more.Anna Ahronheim contributed to this report.