The Samaria Regional Council together with the IDF organizes an overnight event once a month in which thousands of worshipers can pray at the tomb. 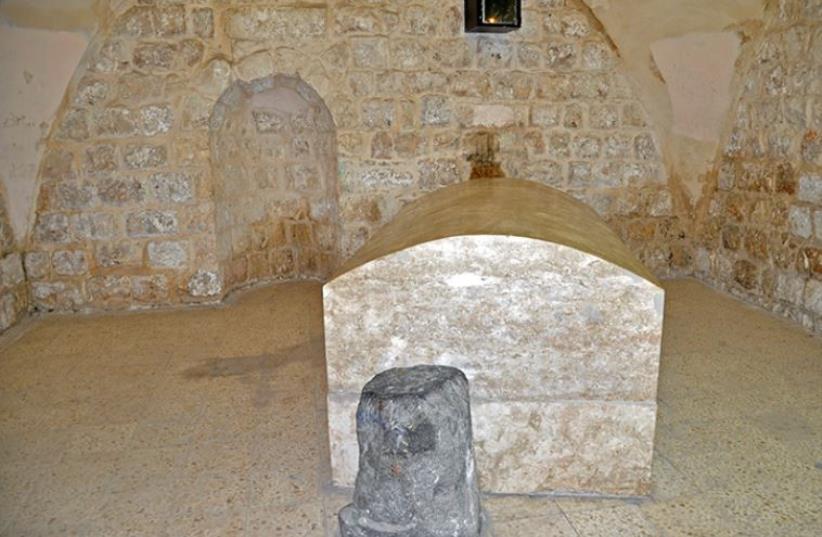 Tomb of Josef, Nablus
(photo credit: MEIR ROTTER/WIKIMEDIA COMMONS)
Advertisement
The IDF and the Border Police rescued 60 Breslov Hassidim from Nablus after they snuck into the Palestinian city overnight Tuesday to worship at Joseph’s Tomb.Palestinians stoned the bus the group traveled on and the situation became dangerous enough that security forces were called in.Police detained and then freed many of the worshipers but banned them from traveling to the Tomb for the next 15 days.An investigation is ongoing into the organizers of the event.“We view this incident very seriously,” police spokeswoman Luba Samri said.“It’s a criminal offense to enter Area A without permission,” Samri said.Such an “uncoordinated entry [into Nablus] is dangerous both for those who are entering and for the security forces that have to rescue them,” Samri added.The Samaria Regional Council together with the IDF organizes an overnight event once a month in which thousands of worshipers can pray at the tomb.They also hold such events during holidays and special memorial days.But this has not stopped individual worshipers, or groups, such as the Breslov Hassidim from heading to the site.In 2011, a Breslov Hassid, Ben-Yosef Livnat, 24, was killed and four other worshipers were wounded by a Palestinian policeman, after they illegally entered Nablus to pray at the tomb.Attorney Itamar Ben-Gvir who represents the Breslov Hassidim questioned why the police cracked down on his clients when left-wing groups also enter Area A without permission from the IDF.Under past agreements, Israelis are supposed to have free access to the Tomb, he said.Samaria Regional Council head Yossi Dagan said that such illegal entries harm the settler campaign to hold legal prayer events at the tomb.“It’s irresponsible to enter without authorization,” he said.Eventually, Dagan said, he wants a situation in which worshipers can pray at the site seven days a week.He also wants to facilitate the return to Joseph’s Tomb of the Od Yosef Chai yeshiva that was once housed at the site, but which was forced to relocate to Yitzhar in 2000, when the second intifada broke out.“We expect to fully return to Joseph’s Tomb and to rebuild the yeshiva,” Dagan said. Such full access, he said, was guaranteed to Israel under the Oslo Accords.“But this won’t happen if people enter in an authorized way overnight,” he said.