IDF reverses statement on death of Palestinian man in Jericho

The IDF's previous claim had been that the Saradih was fatally wounded when IDF soldiers tried to arrest him after he tried to attack them. 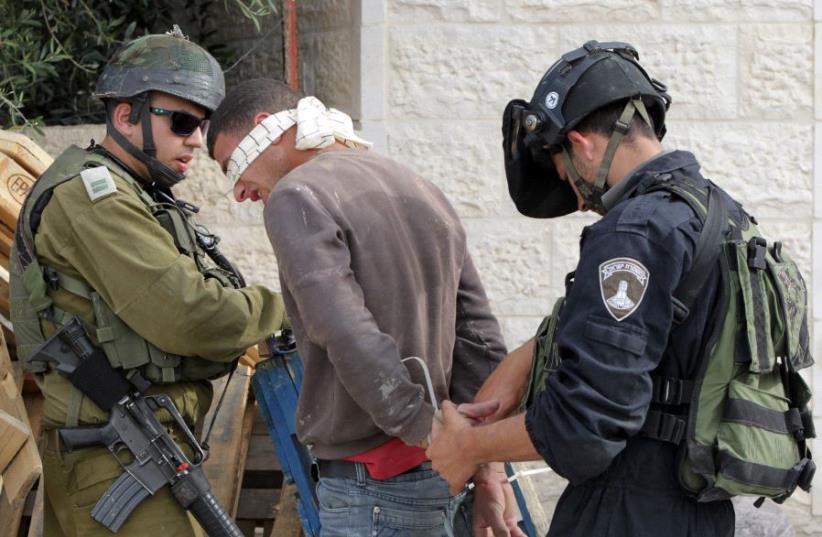 IDF arrest a suspected Palestinian during a raid in Hebron
(photo credit: HAZEM BADER / AFP)
Advertisement
The Israel Defense Forces released a statement on Friday saying that a preliminary investigation into Thursday's violent events in Jericho has determined that Yassin al-Saradih, the man who was killed, probably died as a result of tear gas inhalation and exposure. The IDF's previous claim had been that the Saradih was fatally wounded when IDF soldiers tried to arrest him after he tried to attack them.Friday's statement explained that in the midst of a riot in which about 50 Palestinians burned tires and threw Molotov cocktails and stones, Saradih approached the IDF with an iron rod. The soldiers subsequently fired at him, "most likely" not injuring him. As they were forcefully arresting him, Saradih reportedly tried to grab a weapon belonging to one of the soldiers, at which point he was handcuffed. Saradih was examined by a paramedic after being arrested, who determined that he was in good condition. The IDF continued to use riot control measures, including tear gas, near the site where Saradih was being held, and the statement says it seems the exposure to the gas is what may have caused his death. As his medical condition deteriorated he was evacuated and treated by the IDF, who pronounced him dead. After searching him they revealed that he was carrying a knife on his body.The IDF's Criminal Investigations Division will be looking into the circumstances of his death and carrying out an autopsy in order to procure additional information on the incident.