Throughout the night, IDF forces arrested five wanted Palestinians across the West Bank, one of whom is suspected of involvement in terrorism, mass disturbances and violence towards civilians. 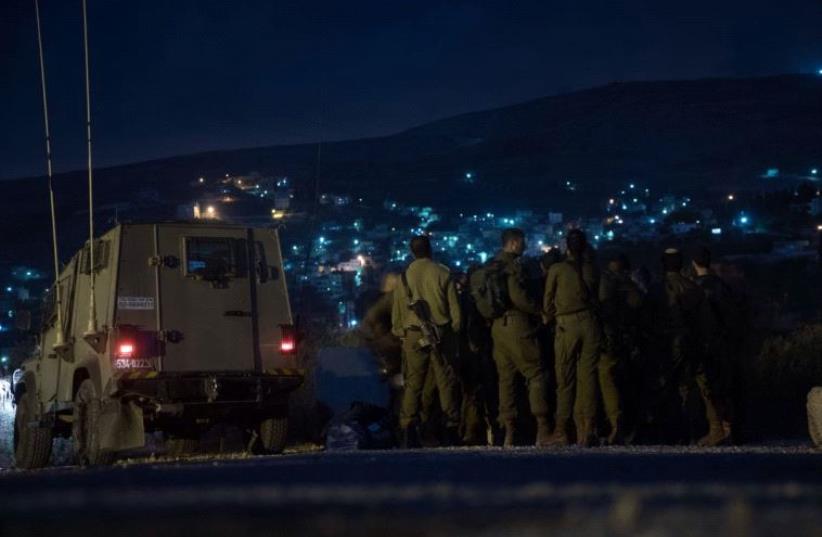 IDF forces in the West Bank.
(photo credit: IDF SPOKESMAN'S OFFICE)
Advertisement
In an operation to confiscate terrorist funds and illegal weapons in the West Bank overnight Wednesday, IDF forces, in cooperation with the Israel Civil Administration and police, arrested five wanted Palestinians. Two suspects were arrested when a search of their home turned up ammunition and an improvised grenade. Additionally, in a weapons detection operation in the village of Jab'a, the IDF seized a shotgun-type weapon, ammunition and military equipment. Further arrests included one suspect who was allegedly involved in terrorism, mass disturbances and violence towards civilians and security forces. Thousands of shekels in terror funds were also seized.This year has seen a large-scale security operation by the IDF aimed at halting the illegal manufacturing of  deadly weapons throughout the restive territory. 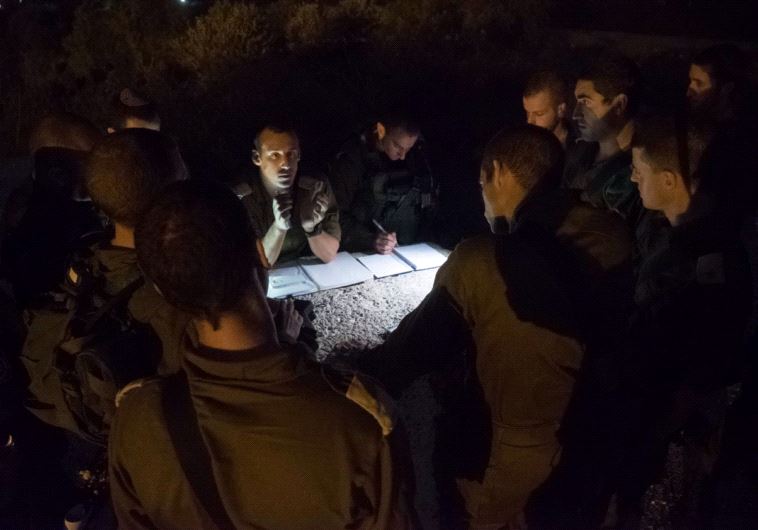 Since the beginning of 2016, over 19 weapons manufacturing facilities have been seized along with 200 firearms, according to a previous statement by the IDF.