In first, Hamas official takes credit for kidnap and murder of Israeli teens 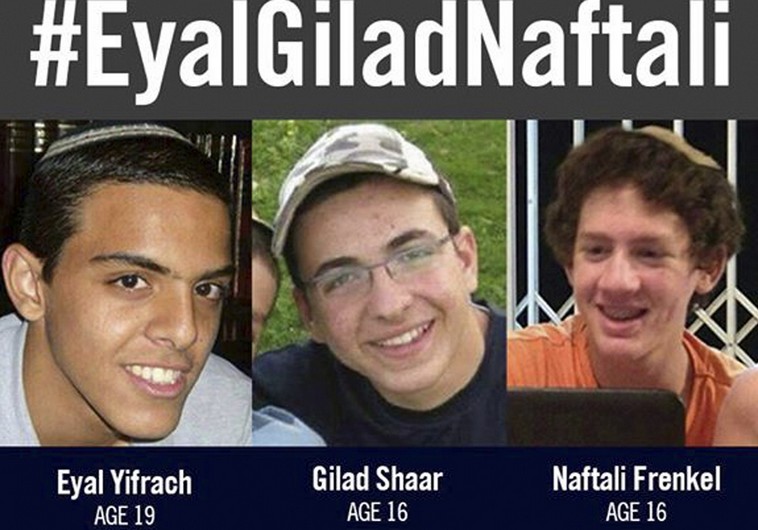 A senior Hamas official admitted for the first time on Wednesday that the organization's armed wing, the Kassam Brigades, was behind the kidnapping and murder of Israeli teens Nafatli Fraenkel, Gil-Ad Shaer and Eyal Yifrah in the West Bank in  June.The Hamas official, Salah al-Aruri made the comments during a conference of Islamic clerics in Turkey. He praised the "heroic action of the Kassam Brigades who kidnapped three settlers in Hebron."Video: Tazpit News AgencyIsrael has contended that Hamas was behind the kidnapping of the boys, a claim that Hamas had previously denied.In the aftermath of the kidnapping , the IDF launched a wide-scale operation in the West Bank , arresting hundreds of Hamas operatives.The two suspects in the kidnapping, Marwan Kawasme and Amar Abu Aysha are Hebron-area Hamas operatives who remain at large.The alleged mastermind of the kidnapping, Hussam Kawasame was arrested on July 11.On Monday, Border Patrol officers demolished the homes of Hussam Kawasme and Abu Aysha and sealed off the home of Marwan Kawasme.