Indonesian president calls on Islamic states to unite for 'Palestine'

“We must jointly face the situation; we have to fight it together." 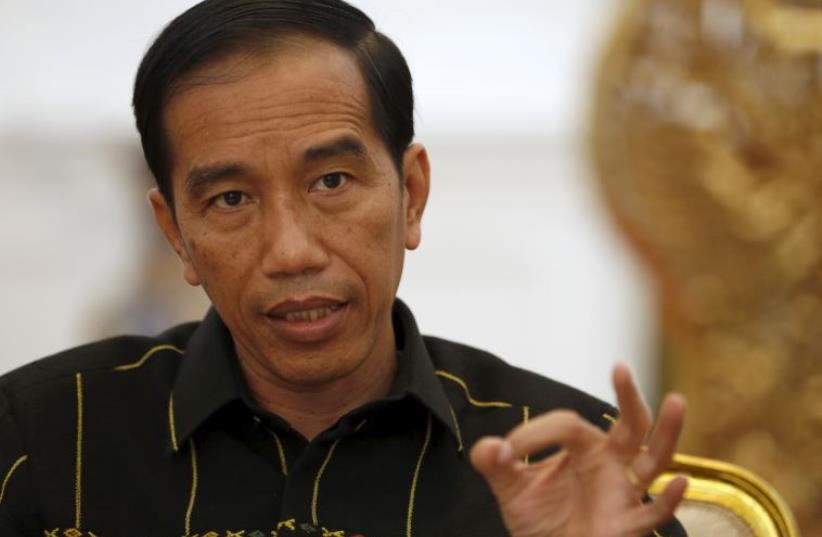 Indonesian President Joko Widodo
(photo credit: REUTERS)
Advertisement
The 5th Extraordinary Summit of Organisation of Islamic Cooperation continued in Jakarta on Monday to discuss the Middle East peace process.The OIC meeting comes as a wave of Palestinian-Israeli heightened tension has shown no sign of abating and has raised concern of further escalation.Indonesian President, Joko Widodo, welcomed all the delegates on the summit's last day which is aiming to work on a resolution over Palestinian issues."As part of the international community, Israel must end its illegal activities and policies in the occupied territories. Indonesia and the Islamic world stands ready to take concrete actions to urge Israel to end its colonization to Palestine," Widodo said in his opening remarks at the plenary. Widodo quoted the late president Sukarno, who asserted that as long as Palestine had not achieved its independence, Indonesia would continue to fight against Israel’s occupation of 'Palestine,' The Jakarta Post quoted him as saying.  The president called on the OIC member countries to unite in an effort to carry out reconciliation in 'Palestine.' “We must jointly face the situation; we have to fight it together. For the struggle, unity is needed. We have to unite, Palestine must unite, Palestine must carry out reconciliation. Indonesia is ready to help the reconciliation process,” he said. “We, the Indonesian nation, are consistent with our promises. Today, Indonesia is standing up together with other OIC member countries to continue the unfinished struggle,” he added. Listing some of the hardships the Palestinians are facing, Widodo said the access of Muslims to al-Aksa Mosque in Jerusalem was very limited and that generally the humanitarian condition of Palestinians continued to worsen, the Post reported. Since October, Palestinian stabbings, shootings and car ramming have killed 28 Israelis and a US citizen. Israeli security forces have killed at least 173 Palestinians, 115 of whom Israel says were terrorists, while most others were shot dead during violent protests."I thank you for your support and contribution to Palestine, your country, in these difficult circumstances and we are confident that this Honorable summit will support everything that involves our Palestinian people," Mahmoud Abbas, Palestinian Authority President said on his speech.Sudanese President, Omar Hassan al-Bashir, who is wanted by the International Criminal Court) for crimes against humanity, also attended the summit. "If the OIC cannot become part of the solution for Palestine, then the existence of the OIC becomes irrelevant," the Indonesian president said at the summit.