There were no injuries on the Israeli side. 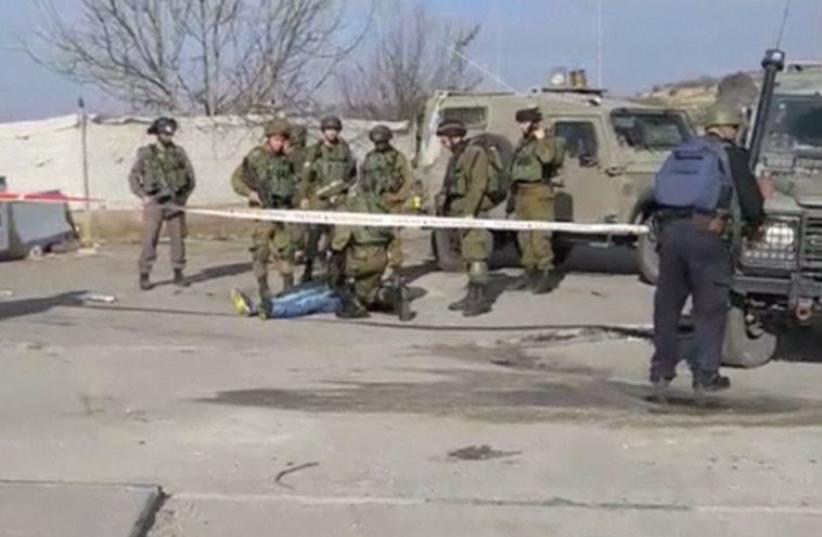 Security forces shoot, kill suspected terrorist in thwarted knife attack in West Bank
(photo credit: screenshot)
Advertisement
A Palestinian attacker attempted to carry out a stabbing attack against Israeli security forces in the West Bank Israeli settlement of Sal'it on Monday morning. The attack occurred when the assailant had attempted to cross a security fence and enter into the settlement, but was spotted by IDF soldiers stationed in the area. The attacker then attempted to stab the soldiers, but was shot and killed on site. There were no injuries on the Israeli side. According to Palestinian reports, the terrorist was identified as 19-year-old Ahmed Tobah from the West Bank's Tulkarem region. On Sunday, a Palestinian police officer shot and wounded three soldiers at the Focus checkpoint leading to Ramallah, near the Beit El settlement.Two of the soldiers were moderately-to-seriously wounded, and one was lightly wounded. Soldiers responding at the scene shot and killed the shooter.The Palestinian Authority identified the police officer as Amjad Sukkari, 29. Later in the day, a man driving a car with Palestinian license plates approached the Beit Ur A-Tahta checkpoint near Route 443 and attempted to run over IDF soldiers carrying out security missions in the area, but failed to hurt anyone.Soldiers opened fire and wounded the attacker who was evacuated to the hospital for treatment.