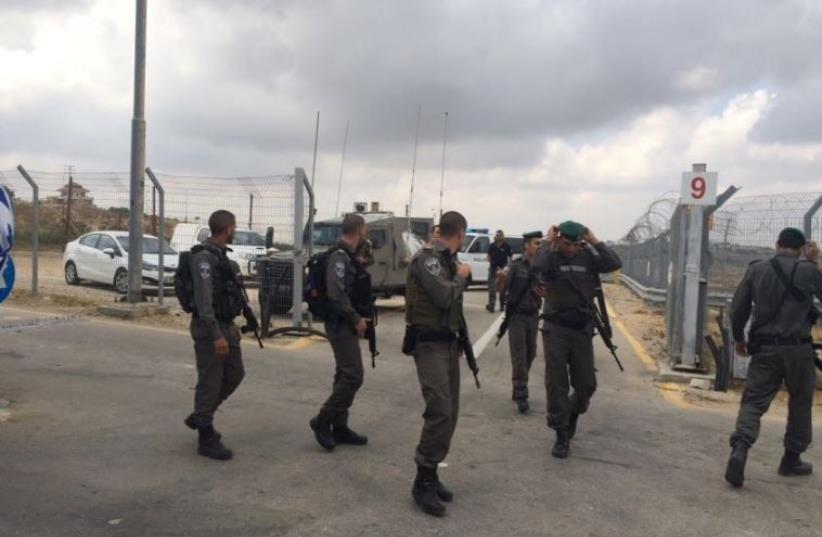 Border Police officers at the scene of an attempted stabbing sttack at a checkpoin near Ras Bilu, May 23, 2016
(photo credit: POLICE SPOKESPERSON'S UNIT)
Advertisement
A Palestinian woman was shot dead Monday afternoon after she attempted to stab security forces at a checkpoint north of Jerusalem, Border Police said.According to a Border Police statement, a Palestinian woman arrived at the Ras Bidu checkpoint near Givat Ze’ev around 2:30 p.m.and was approached by officers “who thought she appeared suspicious.”The officers then asked her to stop and fired warning shots in the air, but she then ran toward them brandishing a knife and was shot by the officers, the statement read. 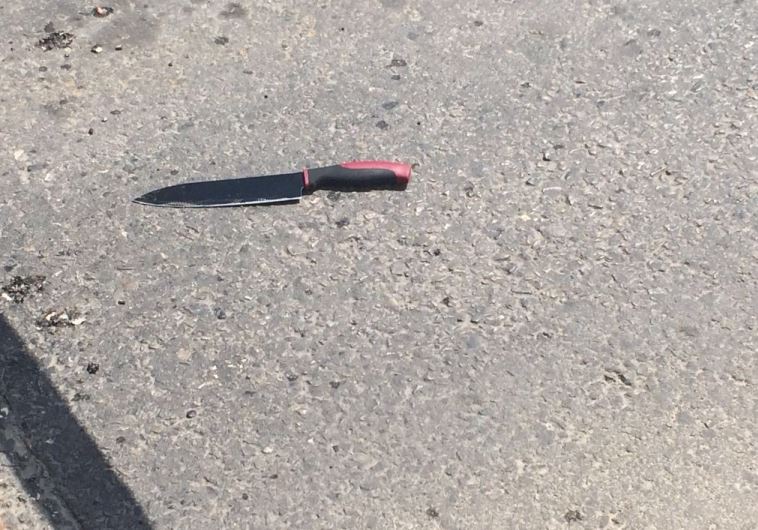 (Credit: Israel Police)The officer in charge of the team, named by the Border Police as “N,” said in a statement: “I understood right away it was a terrorist attack,” adding that the awareness of the police prevented any further casualties.The woman was pronounced dead at the scene; no Israeli security forces or civilians were wounded in the incident.Police later released a photo of a large black kitchen knife they said the woman was brandishing, but gave no details as to her identity, saying she was not carrying papers.