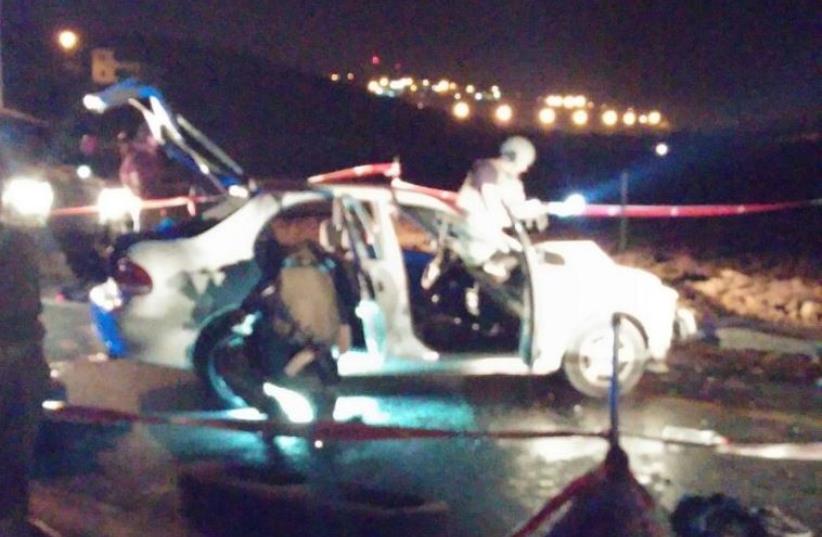 According to an initial IDF check of the incident, Palestinians hurled rocks at an IDF vehicle traveling on Route 60.  Soldiers from that vehicle, and a second military vehicle that arrived at the scene, exited and sought to engage the rock throwers. At that stage, a Palestinian vehicle drove at fast speed toward the soldiers, running over five of them. A sixth soldier opened fire, striking the terrorist.

Two soldiers have been moderately injured and three more suffered light wounds. All have been rushed by Magen David Adom paramedics to hospital, where they are receiving medical care.

Earlier on Wednesday, a terrorist stabbed and seriously wounded a female IDF soldier in an attack in Kikar Adam, north of Jerusalem in the Binyamin region. The wounded soldier was from the Home Front Command's Kedem battalion.A second female soldier shot and killed the knife attacker, the IDF said. Another suspect was apprehended near the scene of the attack.
Advertisement
Hot Opinion