The attacker was identified as a 17 year-old Palestinian from the West Bank town of Tulkarem.

By ANNA AHRONHEIM, JPOST.COM STAFF
AUGUST 19, 2017 17:56
Israeli soldiers stand guard near the scene of an attack at Tapuach junction near the West Bank city of Nablus April 30, 2013
(photo credit: REUTERS)
Advertisement
A Border policeman was lightly wounded Saturday night after being stabbed near the Tapuah junction in the northern West Bank.The attacker, identified by the police as a 17-year-old resident of Tulkarm, was shot and killed by security forces.According to police, a Palestinian approached the officers standing at the junction, pulled out a knife when they called on him to stop and then tried to attack them.The 21-year-old victim, who was stabbed in the leg, was treated by Magen David Adom paramedics and IDF medical forces at the scene.He was evacuated to the Rabin Medical Center-Beilinson Campus in Petah Tikva and was reported to be fully conscious. 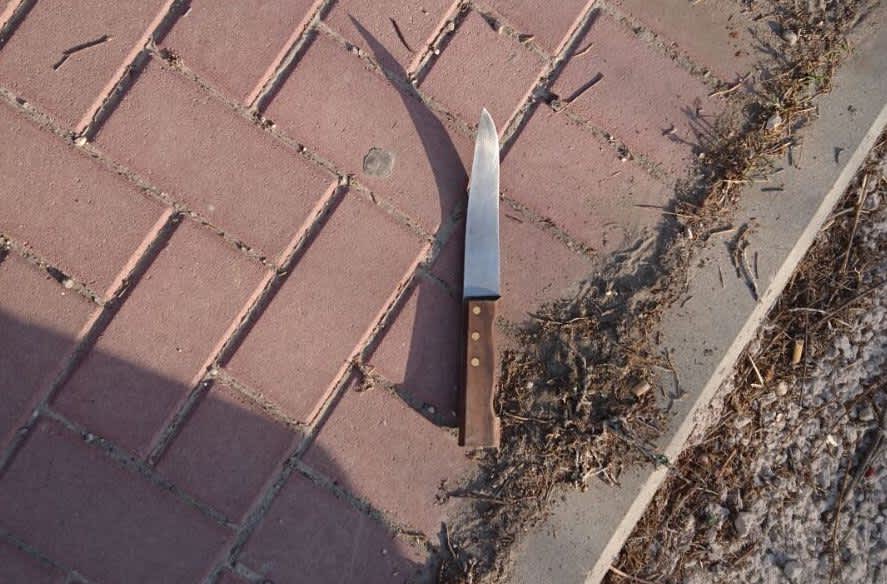 The knife used in the attack at Tapuah Junction, August 19, 2017 (Police Spokesperson)

Since October 2015, Palestinians have stabbed, run over and shot Israeli soldiers and civilians, as well as some tourists, in a wave of violence. While the violence has decreased since its peak in the winter of 2016 when there were almost daily attacks, there have been several deadly attacks in recent months.Defense officials have set the profile of the lone wolf attacker as a Palestinian male between the ages of 15-24 who comes from six or seven villages in the West Bank and target specific locations in the West Bank – the Gush Etzion junction, Hebron, Tapuah junction, Kikar Aryeh near Ariel and the southern entrance to Nablus – all locations that have become “symbols” of Israel in the West Bank.A senior officer in the West Bank told The Jerusalem Post the best solution for protecting against a lone wolf attack is to prepare and train soldiers how to properly react.“We are always worried that someone will wake up and want to carry out an attack, we are not able to track these lone wolves with 100% certainty” the senior officer said at his base outside Tulkarm.Soldiers, he said, must recognize that situations can go “from 0-100” in a matter of seconds.
Advertisement
Subscribe for our daily newsletter