Former Prime Minister's Office adviser to ‘Post’: when it comes to the Arab world and Israel, there is “no love, only interests." 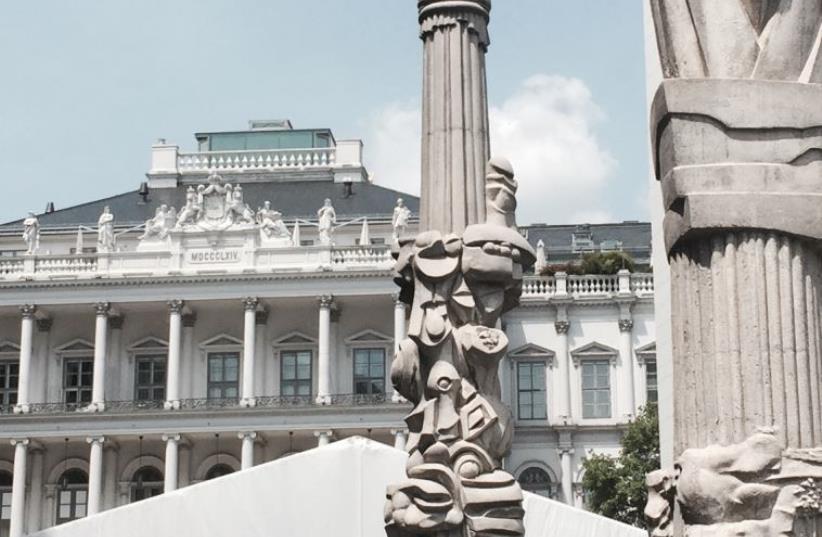 The Coburg Palace in Vienna, where diplomats from Iran and world powers are meeting over a comprehensive nuclear agreement.‏
(photo credit: MICHAEL WILNER)
Advertisement
If a nuclear deal is reached between world powers and Shi’ite Iran, it could stimulate covert cooperation between Israel and Sunni Arab states.However, such improved coordination would not come as a result of any real inherent change in relations between Israel and Arab countries, but because of realpolitik.Moreover, any concrete coordination would be discreet so as not to create a backlash against cooperative Arab governments.Mordechai Zaken, an Israeli expert of minorities in the Middle East and a former Arab affairs adviser to the Prime Minister’s Office, told The Jerusalem Post on Monday that when it comes to the Arab world and Israel, there is “no love, only interests.”Even if a deal is reached, he said, the Arabs are not going to attack Iran, but would be happy if Israel does.
Iranian journalist thinks the nuclear talks will fail
“At the end of the day, most of these Arab countries would not have been happy to declare and expose their relations or cooperation with Israel,” continued Zaken, adding that “in the Middle East, it is not something to brag about.”In recent years, Israeli officials have met counterparts from Egypt, Jordan, Saudi Arabia and the Gulf at nuclear non-proliferation talks in Switzerland, gatherings the Israelis say have helped melt a certain amount of ice.There have also been meetings between recently appointed director-general of Israel's foreign ministry Dore Gold, a senior adviser to Prime Minister Benjamin Netanyahu, and retired Saudi general Anwar Eshki, an informal effort to see where the two countries' interests coincide, especially on Iran.They appeared together at a Washington conference last month, but took no questions.Referring to this public event, David Andrew Weinberg, a specialist on Gulf affairs and a senior fellow at the Foundation for Defense of Democracies, told the Post on Monday that his understanding from news reports is that it was totally unofficial.“It was woefully underreported in Saudi Arabia compared to the coverage in Israel and the US and appears to have had no measurable impact upon policy,” said Weinberg.“Saudi Arabia’s state news wire still calls Israel an ‘enemy’ and hardline religious preachers embraced at the highest levels in places like Saudi Arabia and Qatar continue to preach absolutely vile hatred toward Jews and toward Israel and yet receive state perks,” he noted.“Even Israel’s public interest sections in the Gulf are today a thing of the past. So in that regard, the relationship has taken a step backwards in the last two decades, not a step forwards.”“Sure, there is security coordination and intel sharing behind the scenes, specifically on the issue of Iran and its regional proxies, but that’s been going on for at least a decade,” he continued. “And who knows, maybe the Saudis would let Israel use its airspace for strikes on Iran’s nuclear sites if it ever came to that, but there’s no secret broader alliance at play here,” said Weinberg.The Gulf states simply aren’t ready to publicly normalize with Israel barring a peace deal with the Palestinians, he argued, and possibly not even then.And within the context of the greater Sunni-Shi’ite regional power struggle, an Iranian rapprochement with the West would tip the balance of power in Iran’s favor as it gains an economic windfall from the loosening of sanctions and increased trade.The new legitimacy that a deal would provide Iran would allow it to expand its influence in the region beyond the four Arab capitals that it already has decisive control: Damascus, Beirut, Saana, and Baghdad.Therefore, any deal is likely to lead to an escalation of the regional sectarian wars.Reflecting the increasing Arab anxiety over the Iran deal, an article by Sharif Nashashibi published on Al-Arabiya’s website on Monday titled “Preparing for the fallout from Iran’s nuclear deal,” argued that the outcome of the deal would affect Saudi Arabia even more than Israel.Nashashibi says that “the biggest regional fallout will be felt with regard to relations between Tehran and Riyadh, which are currently facing off in proxy wars to a greater extent and on more fronts than is the case with the Israeli-Iranian rivalry.”The “escalation and widening of Saudi-Iranian rivalry in recent years may pale in comparison with what will follow a nuclear deal and Tehran’s subsequent rehabilitation,” he added.Reuters contributed to this report.