Iran missile struck ISIS but is also aimed at US, Saudis, Israel

That Iran would verbally threaten ISIS, Saudi Arabia, the US and Israel is not new. That it would launch six Zolfaghar ballistic missiles more than 600 kilometers into another country is. 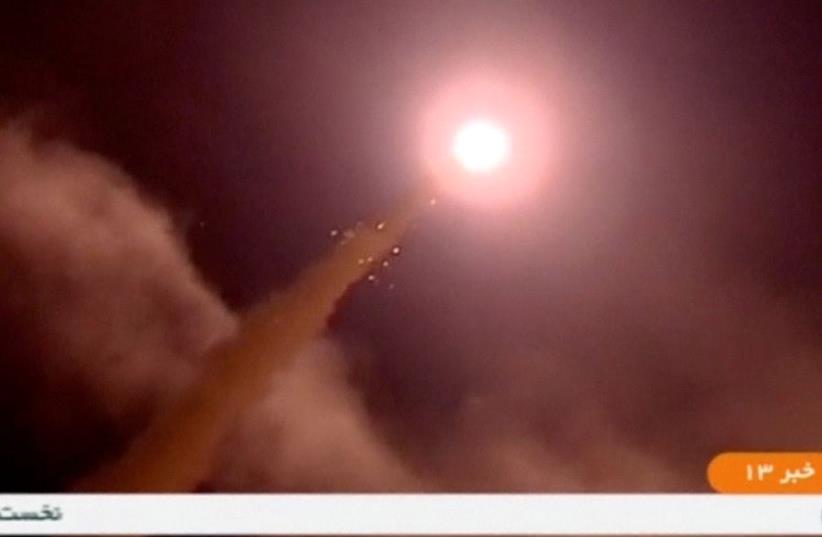 A still image taken from footage shot on June 18, 2017 and broadcast on Iranian Television IRINN, purports to show missiles being fired from Iran into eastern Syria.
(photo credit: IRINN VIA REUTERS TV)
Advertisement
Although Iran’s ballistic missiles hit ISIS in Syria on Sunday, the audience for the strike explicitly included the US and Saudi Arabia and, implicitly, Israel.Recently, tensions have escalated on multiple fronts, between the US and the Saudis on one side and Iran on the other. The US and Saudi Arabia were specifically mentioned by an Iran Revolutionary Guard Corps spokesman as part of its audience for the “message” it sent by firing the missiles.Israel, although not explicitly mentioned, has been the focus of constant threats by Iran – both directly and indirectly – via its support for Hezbollah and Hamas.
Iran fires missiles at militant groups in eastern Syria (credit: REUTERS)
That Iran would verbally threaten ISIS, Saudi Arabia, the US and Israel is not new. That it would launch six Zolfaghar ballistic missiles more than 600 kilometers into another country is.The question is how new, and does it transform Israel’s threat estimate? The argument – that firing the missiles greatly enhanced the threat Iran presents to Israel – would say its use of such powerful long-range weapons makes it more likely that it would use them again.Going one step further, the argument would note: Even if Iran’s nuclear program is currently delayed by its deal with the West, in around another eight years, Iran could be launching ballistic missiles with nuclear warheads attached. 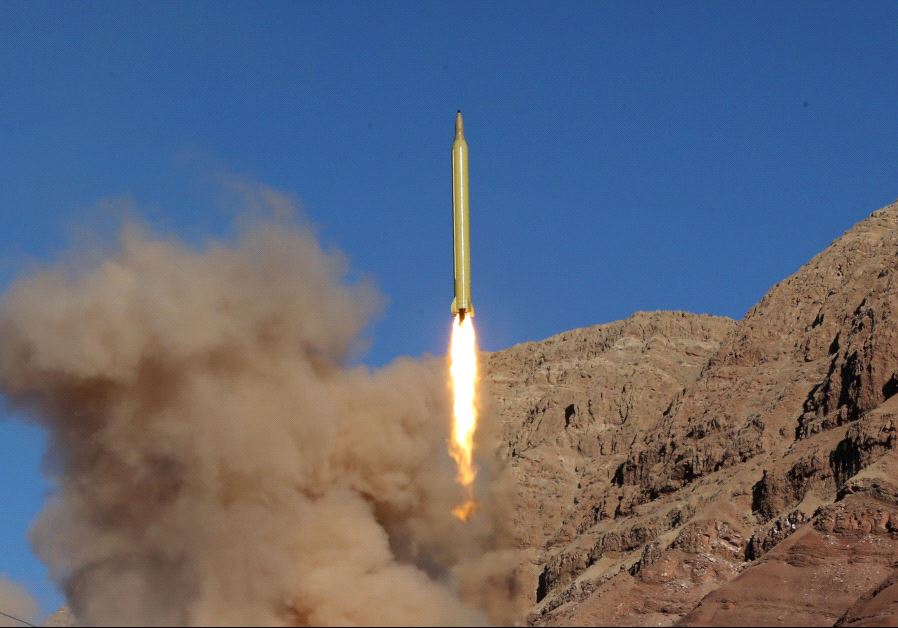 A ballistic missile is launched and tested in an undisclosed location, Iran, March 9, 2016. (REUTERS)Prime Minister Benjamin Netanyahu seemed to take Iran’s missile launch seriously, saying on Monday: “We are following their actions and we are following their words. I have one message to Iran: ‘Don’t threaten Israel.’” While the threat is nothing to scoff at, Defense Minister Avigdor Liberman appeared to downplay it on Monday saying: “Israel is not worried, Israel is ready for any development. We are not concerned.”Those arguing that Iran’s missile launch is not a serious change for Israel and is primarily one for ISIS, and possibly Saudi Arabia, can note that Iran has for years had the capability to hit Israel with its less advanced Shabab 3 and other missiles.The longer range of the Zolfaghar might matter for US bases in the Middle East and for Saudi Arabia, but it adds no new threat for Israel.Also, past conduct suggests that Iran’s missile strike, even as it shocked most of the world, is predictable behavior and may even have been understated.According to both Iran and the anti-Iranian Mujahidin-e Khalq Organization (MEK), on April 18, 2001, Iran hit the Iraq-based MEK with between 44 and 77 missiles in as many as six locations.Iran’s onslaught on the MEK came following the MEK’s launch of more than a dozen mortar attacks around Tehran.Sunday’s six missiles against one ISIS location were a response to Islamic State’s June 7 audacious, simultaneous terrorist attack on Iran’s Parliament and the Ayatollah Khomeini shrine in the heart of Tehran.So, in that sense, Iran’s attack on ISIS was far more modest than its last firing of ballistic missiles on the MEK.Finally, in both the MEK and ISIS cases, Iran fired missiles on a weaker enemy to “teach a lesson” when it believed they had crossed some lines in confronting Iran deep in its territory.Saudi Arabia has far more sophisticated firepower than ISIS or the MEK to hit back at Iran from a long distance; and the US and Israel each have even greater firepower than the Saudis to rain down on Iran if attacked by missiles.Ultimately, though Iran’s missile strikes raised some eyes and were probably meant to show some toughness to the US and Saudi Arabia, for Israel, they did little more than confirm Iran as an ongoing and relevant threat that must be carefully monitored.Gil Hoffman contributed to this story.