"Proud Iranian athletes have always shown that they have no interest in competing against the occupying Zionist regime."

By EYTAN HALON
AUGUST 4, 2017 17:35
Iran's national soccer players pose for a team photo during the 2014 World Cup
(photo credit: REUTERS)
Advertisement
Two Iranian soccer players are facing sharp criticism from Iran's soccer federation after playing for Greek soccer team Panionios against Israeli team Maccabi Tel Aviv on Thursday night. According to the semi-official Fars news agency, the Islamic Republic of Iran Football Federation "strongly condemned" the two players' participation in the Europa League qualifier match against "Zionist regime representative" Maccabi Tel Aviv.The soccer federation said in a statement Friday that they "condemned the incident" and declared that they will "thoroughly examine the full extent of the matter."Facing heavy pressure from the federation, the two players, Ehsan Hajsafi and Masoud Shojaei, refused to travel to Israel for last week's fixture against Maccabi but did play the full 90 minutes in the return fixture against their Israeli opponents on Thursday night in Greece. 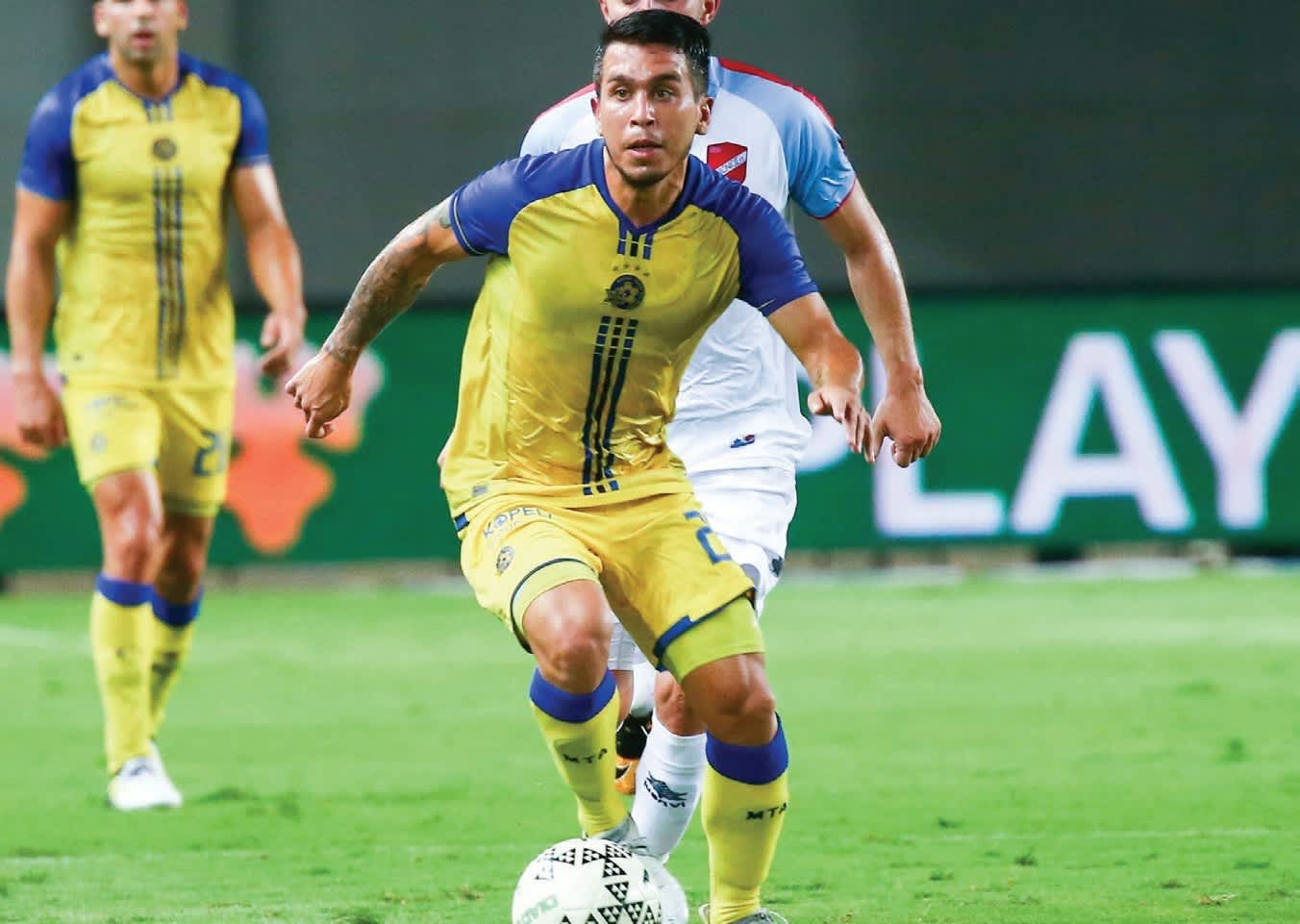 Maccabi Tel Aviv midfielder Cristian Battocchio in action against Greek soccer team Panionios, July 27 2017 (Danny Maron)Both Hajsafi and Shojaei have represented the national Iranian football team over 70 times, including at World Cups and Asian Cups. "Undoubtedly, proud Iranian athletes have always shown that they have no interest in competing against the occupying Zionist regime, even at the Olympic Games and World Cup," concluded the federation's statement. Maccabi Tel Aviv emerged victorious from the clash against their Greek opponents, winning 2-0 on aggregate. This is not the first time that international politics has clashed with Israeli soccer.In 2013, Egyptian player Mohamad Saleh refused to shake hands with his Israeli opponents when his former club FC Basel faced Maccabi Tel Aviv in the Champions League. His request to skip the return match against Maccabi in Israel was denied by club management.