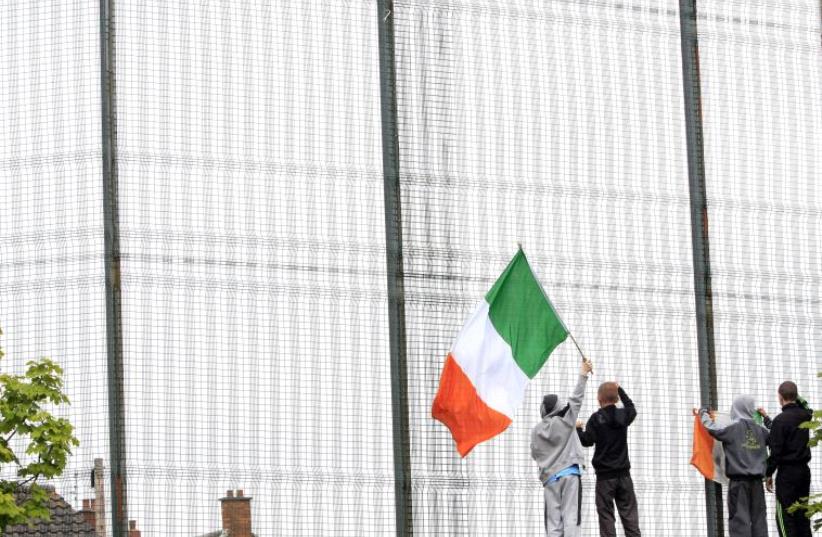 Nationalist youths taunt Loyalists on the opposite side of the peace line as an Orange Parade passed from the Loyalist Shankill Road area of West Belfast through the Nationalist Springfield Road in Belfast.
(photo credit: REUTERS)
Advertisement
The Irish district council of Derry and Strabane approved a motion, by majority vote, to back a campaign to boycott Israeli goods in solidarity with Palestinians, Thursday. Derry City and Strabane is a district in the northwest of Northern Ireland. In 2014 the council area had a population of roughly 150,000 people which totals approximately 8.1% of the population of Northern Ireland. 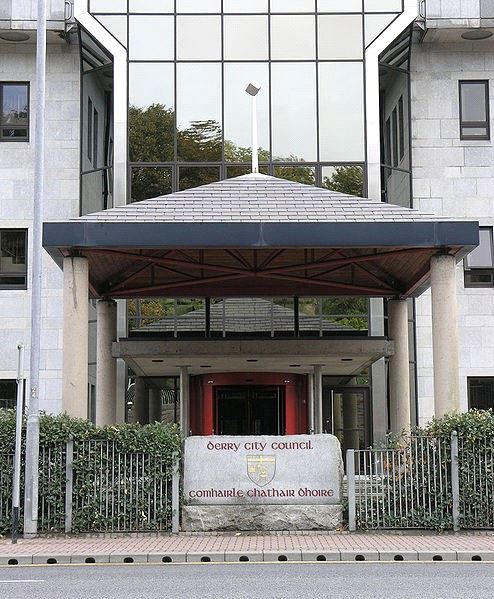 The motion was proposed by Councilor Christopher Jackson of the Sinn Féin political party and passed by a majority of 27 backing the motion to 9 opposed.A small crowd gathered outside the council meeting carrying pro-BDS banners calling to "End Israeli Apartheid" and waving Palestinian flags.


Democratic Unionist Party (DUP) politician Gary Middleton, a critic of the motion, lashed out saying that if they were serious about the boycott then the councilors should give up their iPads as Apple uses Israeli-manufactured flash memory components, the BBC reported. "I think we all realize the huge role that the research and development sector within Israel plays.""The iPhone I'm using, the iPads the council use, they all use components that come out of Israel," Mr. Middleton stated.He added that the motion raises serious issues of discrimination and that he would put the question to the first minister of Ireland. Sinn Féin councilor Jackson, who initiated the proposal, replied saying that Middleton's comments were "nonsensical" and added that "the motion itself was symbolic" and has succeeded in raising awareness. DUP councilor Drew Thompson, who opposed the motion, stated that he had never heard "anyone talk about the rights of the Israeli people," the bi-weekly newspaper Derry Journal reported. Adding that "boycotts cause division and make matters worse."Councillors in favor of the proposal likened the motion to previous campaigns to end apartheid in South Africa. Councillor Jackson stated that the "campaign is a non violent response to the Israeli apartheid and occupation. It is inspired by the South Africa Anti-Apartheid movement.”Sinn Féin is the largest Irish republican political party and has been accused by the Irish as well as the US Governments of being linked, or at least "closely associated" with the Irish Republican Army (IRA), a proscribed terrorist group in the UK and illegal in the Republic of Ireland. Sinn Féin refutes these allegations. A US special envoy to Northern Ireland in 2005 condemned Sinn Féin's links to the IRA, saying "it is hard to understand how a European country in the year 2005 can have a private army associated with a political party."In 2005, a peace treaty was signed by the British and the Northern Irish to end hostilities and terrorism and almost a decade later, citizens of Northern Ireland are still searching for ways to cope with the trauma caused by, what was affectionately known as, “The Troubles.” The name for the ethno-nationalist conflict that erupted in the late 1960s between mainly Protestant Unionists and the mainly Catholic Irish nationalists which has left the country divided politically as well as physically. During the conflict segregation walls were erected to separate Protestants and Catholics in urban interface areas such as Belfast, Derry and Portadown. 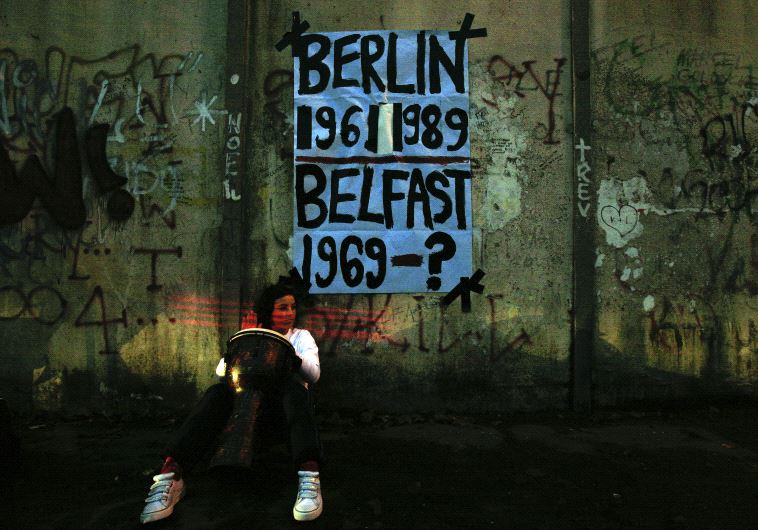 A member of a cross-community group takes part in a ceremony marking the 20th anniversary of the collapse of the Berlin Wall, at a "Peace Line" in west Belfast, Northern Ireland. (Credit: Reuters)The conflict resulted in approximated 3,500 deaths and a total of 50,000+ casualties. There are roughly over 100 of theses walls, termed "peace lines," still erect. According to a study by the University of Ulster 69% of residents who live behind the segregation walls "maintain that they are necessary because of the potential for violence."