During his three years at the UN Security Council, he maintained strong ties with both Israelis and Palestinians. 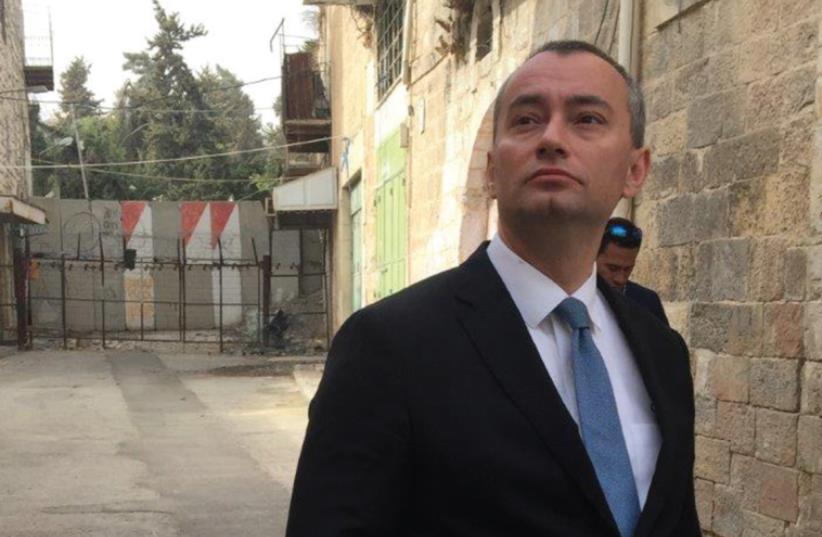 UN Special Coordinator for the Middle East Peace Process Nockolay Mladenov
(photo credit: UNSCO PHOTO BANK)
Advertisement
UN Special Coordinator for the Middle East Peace Process Nickolay Mladenov may be leaving his post after slightly more than three years on the job, Israel’s Channel 2 reported on Tuesday night.Channel 2 did not set a date for his departure, but speculated that he is the leading candidate to replace UN and Arab League envoy to Syria Staffan de Mistura.According to the media report, Mladenov had wanted to combine the two positions but UN Secretary General Antonio Guterres refused his request.Mladenov’s office said it had “no comment” about the report.The charismatic Bulgarian diplomat has been one of the key figures in the continued attempts to broker a long-term truce in Gaza between Israel and Hamas.In recent months he has met with Israeli, Palestinian and regional leaders, as well as European diplomats, in an attempt to restore calm and expand the range of humanitarian assistance provided to the coastal enclave.A strong advocate of a two-state resolution to the Israeli-Palestinian conflict, Mladenov frequently challenged its critics to present him with a better alternative.He has often been the key figure in the monthly UN Security Council debates on the Middle East, briefing the 15-member body on the situation in Israel and the Palestinian territories.During his three years there, he maintained strong ties with both Israelis and Palestinians.At the most recent UN Security Council briefing Mladenov said, “I reiterate my call to all in Gaza to step back from the brink. Those who seek to provoke Israelis and Palestinians to war must not succeed.“Gazans deserve to live their lives in freedom and dignity – that is their right. It is not a privilege that can be taken hostage, that can be granted or withheld by others who have no regard for their suffering,” he added.“Israelis living near Gaza also deserve to finally be free of indiscriminate attacks, be it by rockets, mortars or incendiary devices, which have plagued their lives for so many years,” Mladenov said.“We cannot lose sight of the broader context,” he argued.“Another missed opportunity could have disastrous consequences, including for reaching a broader Israeli-Palestinian peace on the basis of the two-state solution, in which Gaza is an integral part of the future Palestinian state,” Mladenov told the council.The Bulgarian diplomat served as his country’s defense minister and foreign minister and held the post of UN Special Representative for the United Nations Assistance Mission for Iraq, before taking his current position.