Thousands of Palestinians turn out for terrorists' funerals in West Bank

The large turnout was reported despite the fact that Israeli security forces have maintained a closure on Kabatiya, imposed just hours after the attack which claimed the life of a Border Policewoman. 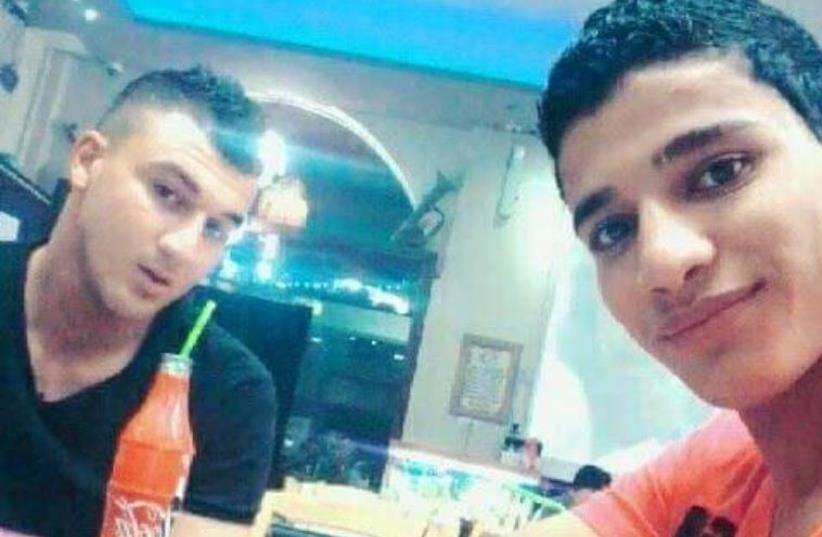 Ahmed Zakarneh and Mohamed Kmail, two of the Palestinian assailants involved in the Jerusalem attack
(photo credit: FACEBOOK)
Advertisement
Thousands of Palestinians in the West Bank village of Kabatiya turned out for the funeral of three locals Friday who carried out Wednesday’s terrorist attack near the Old City of Jerusalem.The large turnout was reported despite the fact that Israeli security forces have maintained a closure on Kabatiya, imposed just hours after the attack which claimed the life of a Border Policewoman.Israeli authorities on Friday handed back the bodies of the three men. Their corpses were given to the Palestinian Red Crescent Society after Israel reportedly conditioned the exchange on a pledge from the families not to use their funerals as a stage for a political rally and procession.The three men were from the West Bank town of Jenin and the nearby village of Kabatiya.Hadar Cohen, a 19-year-old Border Policewoman, was killed and another female officer critically wounded in the attack at Damascus Gate by three Arab terrorists wielding machine guns, pipe bombs and knives.All three assailants were shot dead at the scene. Their explosives did not detonate and were later neutralized by a police bomb disposal team.The commander of the Border Police team that killed two of the attackers said that he saw two of the terrorists shortly after 2 p.m. sitting on a bench wearing jackets, and that when he approached them they seemed to be uneasy.He said he asked them for their identification cards, at which point one of them stood up, pulled a gun from his jacket and hit the officer over the head with the weapon.The decision to hand over the corpses was met with criticism from former foreign minister Avigdor Liberman, who accused Prime Minister Benjamin Netanyahu of “speaking with a sharp voice against Arab members of Knesset who visit the families of terrorists yet immediately yields to their demand and returns terrorists’ bodies.”“Netanyahu’s words, as per usual, are devoid of content,” the Yisrael Beytenu chief said. “Meanwhile, the graves of our murdered people are filling up quick.”