French envoy presents further information on initiative to convene a peace conference in Paris this coming summer, with the aim of relaunching the stagnant diplomatic process. 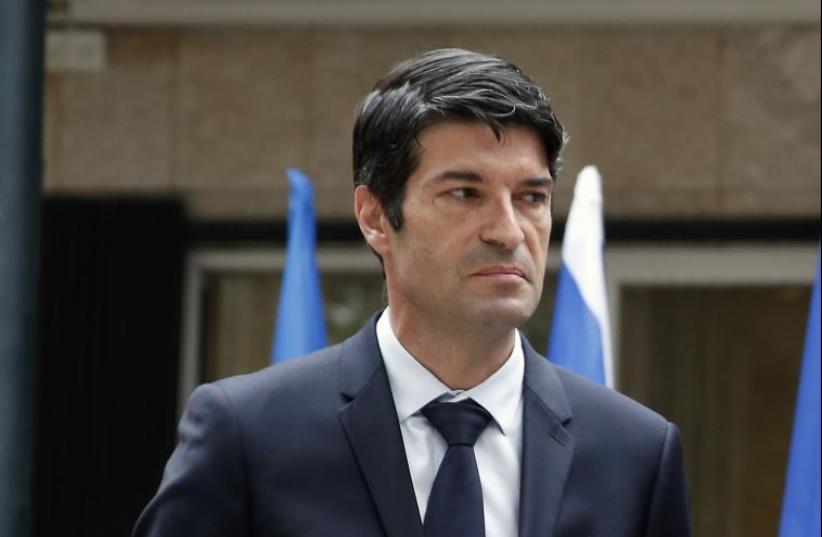 Patrick Maisonnave
(photo credit: THOMAS COEX / AFP)
Advertisement
Israel still supports the prospect of direct diplomatic negotiations with the Palestinians despite their "predisposition" to oppose attempts at reaching peace, the Foreign Ministry said Tuesday. "This principle [of talks], which has accompanied the process from its beginning, has won the support of the international community over the years and also stood as the basis for peace negotiations with Jordan and Egypt," the ministry said in a statement.The remarks came following a meeting between French Ambassador to Israel Patrick Maisonnave and the head of the Foreign Ministry's diplomatic office Alon Ushpiz. During the meeting, the French envoy presented the Foreign Ministry with details on a French initiative to convene a peace conference in Paris this coming summer, with the aim of relaunching the diplomatic process that last broke down in April 2014.The meeting between the French and Israeli officials came the day after a senior Palestinian Authority official rejected the possibility of a return to the negotiating table. On Monday during a visit to Japan, PA Foreign Minister Riyad al-Malki said the Palestinians would never reengage in direct talks with Israel. "Israel supports the direct negotiating process with the Palestinians, and opposes any predisposed attempt to determine the outcome of the talks," the Foreign Ministry said in reference to Malki's comments. In January, outgoing French Foreign Minister Laurent Fabius originally presented the French initiative, threatening that Paris would formally recognize a Palestinian state should its efforts to renew the peace process fail. “France will engage in the coming weeks in the preparation of an international conference bringing together the parties and their main partners to preserve and achieve the two-state solution,” Fabius told a conference of French diplomats in Paris.In response, Israeli officials blasted the initiative as "an erroneous approach" that gives Palestinian Authority President Mahmoud Abbas an excuse not to negotiate with Prime Minister Benjamin Netanyahu.Israeli officials said Netanyahu would decide whether or not to participate in the conference only after receiving an invitation.Meanwhile, Abbas has welcomed the latest French initiative.Tovah Lazaroff contributed to this report.