In recent weeks, the Snapir unit based at the Ashdod Naval Base, part of the navy’s 916 Patrol Squadron, held the first drill of its kind on the unit’s new offensive role. 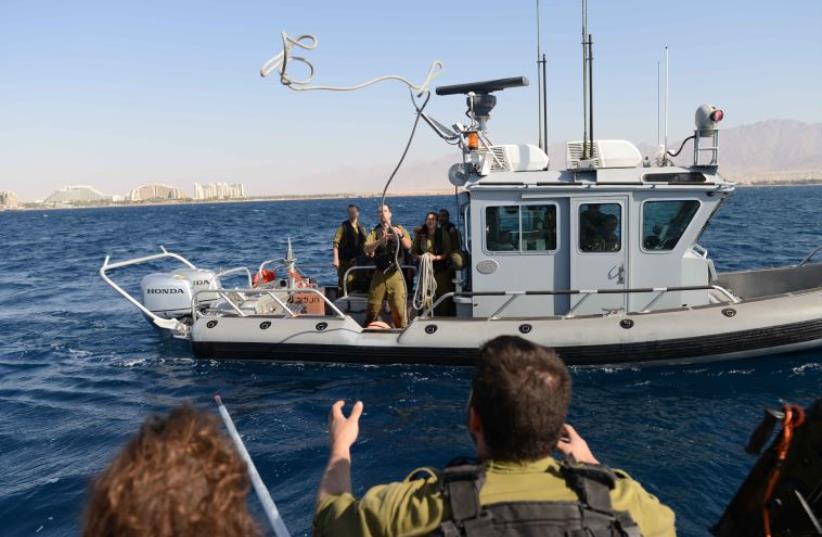 Israel Navy Tzar’a boat [file]
(photo credit: IDF SPOKESMAN’S UNIT)
Advertisement
The Israel Navy’s Snapir unit of fast-moving, inflatable boats formerly had the conventional defensive task of securing the ports of Ashdod, Haifa, and Eilat, but the unit’s role is now expanding.In recent weeks, the Snapir unit based at the Ashdod Naval Base, part of the navy’s 916 Patrol Squadron, held the first drill of its kind on the unit’s new offensive role.During the drill, the unit’s Tzar’a boats simulated a close approach to terrorist targets on the Gazan coastline and carried out mock shortrange strikes against them.The Tzar’a boats simulated coordinated attacks with other vessels from the 916 Squadron, like the Dvora and Shaldag-class fast patrol boats.A senior navy source said last week that the drill is the culmination of a months-long process of assigning the small boats a new, offensive combat role, and developing a fresh operational doctrine for them.Thanks to their speed, small size, and maneuverability, the source said, the Tzar’as can come right up to the Gazan coastline and thwart attacks, or seek out Hamas divers and drop depth charges to prevent them from reaching the Israeli coast.In the months leading up to Operation Protective Edge last summer, the source said, the navy had concluded that Hamas would seek to attack Israel by sending naval commandos to reach the Israeli coast.Now, instead of only defending Ashdod Port, the Snapir unit has to be able to hit Gazan targets and carry out detection and interception missions against terrorist commandos who may seek to land on an Israeli beach, just as they did during last summer’s conflict.In addition to the depth charges, the Tzar’a boats are armed with a MAG 7.62 mm machine gun, night vision optics, and their sailors are also armed with assault rifles.As part of its expanded role, the co-ed Snapir unit also received non-lethal combat equipment to help it enforce Israel’s maritime blockade of Gaza and send back Palestinian fishing boats that stray from the allotted zone.The broadened role for the unit has “very much increased its activities and hours at sea,” the officer said. “They also experience a lot more friction [with Palestinian vessels],” he said. “But the Snapir unit is meeting this challenge, with high rates of success.”