The boat, named Marianne of Gothenburg left on its journey on Sunday evening. 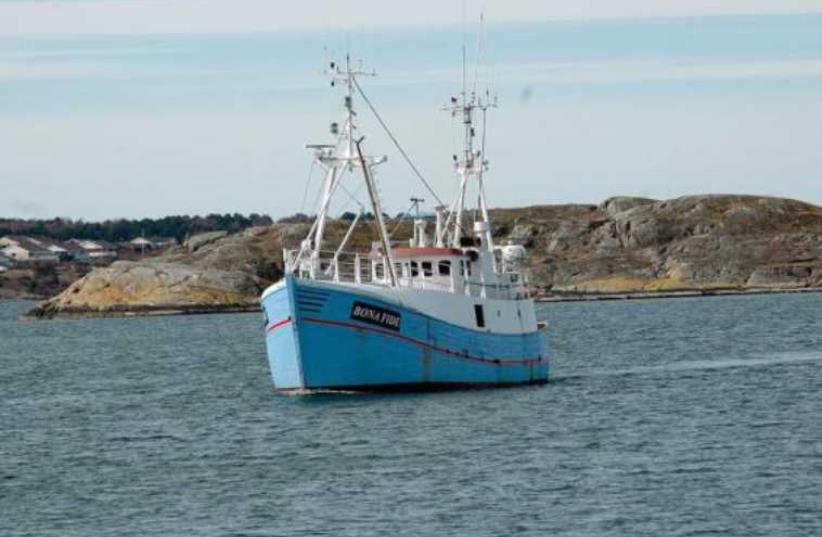 Swedish trawler leaves for Gaza in attempt to break blockade‏.
(photo credit: SHIPTOGAZA.SE)
Advertisement
Israel will not allow unauthorized boats to enter its territorial waters, a Foreign Ministry spokesman said Monday as a trawler left Sweden Sunday intending to break the legal naval blockade of Gaza.Without relating to the specific Swedish boat, named Marianne of Gothenburg, Foreign Ministry spokesman Emmanuel Nachshon said that “if the so-called helpful Gaza flotillas were really interested in the welfare of the population in Gaza, they would send their aid via Israel.The fact that they insist on a flotilla demonstrates this is an unnecessary provocation.”The Marianne is the first boat in the Freedom Flotilla III to leave for Gaza, according to the website of Ship to Gaza Sweden, one of two groups that purchased the vessel. It is scheduled to stop at ports in Helsingborg, Malmo and Copenhagen, as well as other ports that will be announced later, according to the website.The trawler does not have room for a significant cargo but will be carrying solar panels and medical equipment, according to the organization.It is carrying five crew members and eight passengers.Among the passengers are: extreme left-wing Israeli- born Swedish citizen Dror Feiler, a musician and spokesman of Ship to Gaza; Henry Ascher, a professor of public health and pediatrician; Lennart Berggren, a filmmaker; Maria Svensson, pro tem spokeswoman of the Feministiskt initiativ; and Mikael Karlsson, chairman of Ship to Gaza Sweden.The boat is named after Marianne Skoog, a veteran member of the Swedish Palestine Solidarity movement, who died in May 2014.The Ship to Gaza organization is calling for an immediate end to the naval blockade of Gaza; opening of the Gaza Port; and secure passage for Palestinians between the West Bank and the Gaza Strip.Nachshon said that Israel is committed to humanitarian aid to Gaza, and that such aid goes through Israel to the Strip on a regular basis. As such, he added, there is no need to “dramatize” the situation through a flotilla.With the approach on May 31 of the five-year anniversary of the Mavi Marmara incident, when nine Turks aboard a boat trying to break the blockade were killed as navy commandos boarding the ship to keep it from reaching Gaza met violent resistance, Israel is anticipating a number of high-profile efforts to send ships to Gaza.The Foreign Ministry has appointed a point-person to coordinate policy on the matter between the Foreign Ministry, the Prime Minister’s Office, and the Defense Ministry.JTA contributed to this report.