According to the IDF, two military facilities belonging to Hamas were targeted in the north and south of the Gaza Strip. 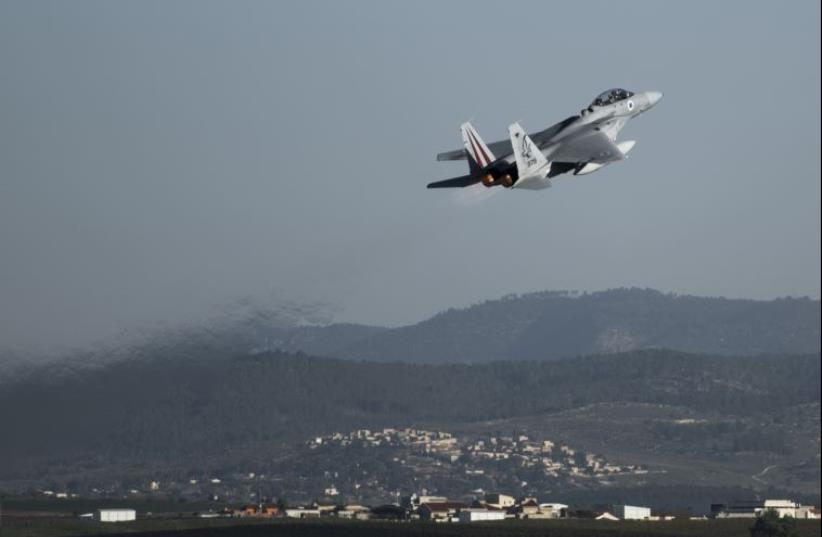 IAF war drill
(photo credit: IDF SPOKESMAN’S UNIT)
Advertisement
The Israeli Air Force targeted Hamas infrastructure in the Gaza Strip on Monday night following an earlier rocket attack from the Hamas-controlled territory, according to a statement released by the IDF.According to the statement, the airstrikes targeted two military facilities belonging to Hamas in the north and south of the Gaza Strip.As Hamas controls the Gaza Strip, it is considered responsible for all attempts in Gaza that seek to harm Israel, reads the statement.