Housing Minister Yoav Galant also charges that the rule of the Assad regime is the worst since the Nazis in WWII.

US says Syria built crematorium to dispose of prisoners’ bodies (credit: REUTERS)
Advertisement
Housing Minister Yoav Galant on Tuesday condemned the genocide taking place in Syria, adding that “it is time to eliminate” President Bashar Assad, following US accusations that the regime is using a crematorium to hide atrocities being committed outside Damascus.“The reality in which people are executed in Syria, being hit deliberately by chemical weapons, their bodies being burned, something we haven’t seen in 70 years, we are crossing a redline and it is time to eliminate Assad, literally,” Galant, a former major-general in the IDF and member of the National Security Council, said at the Second International Ground Warfare and Logistics Conference at Latrun, outside of Jerusalem.Earlier, in an interview with Army Radio, Galant charged that the rule of the Assad regime is the worst since the Nazis led by Adolf Hitler in Germany during World War II. 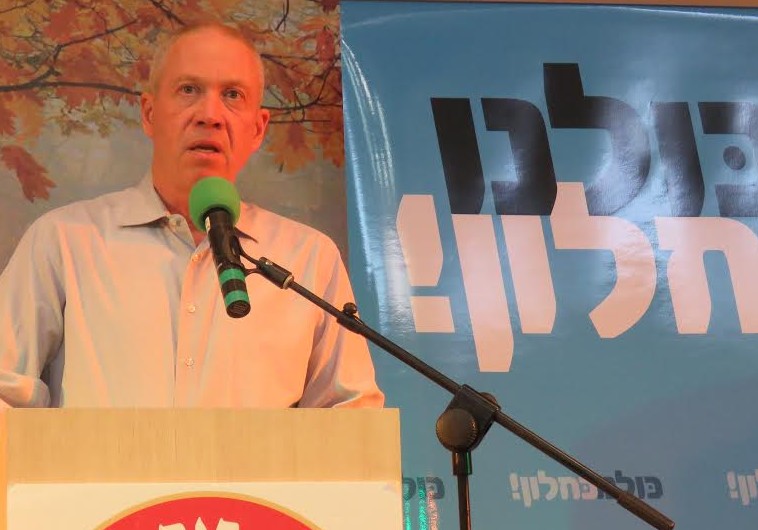 Housing Minister Yoav Galant (credit: Nurit Zatlawi)
“What is happening in Syria is defined as genocide, under all its classifications,” he told Army Radio. The Kulanu minister added that Israel wants to see Assad and his Alawite regime fall from power and be replaced by a moderate Sunni ruler.The US State Department on Monday accused the Assad regime of having constructed a crematorium at the notorious Sednaya military prison near Damascus to burn the bodies of prisoners that continue to be executed inside.“Beginning in 2013, the Syrian regime modified a building within the Sednaya complex to support what we believe is a crematorium,” said Assistant Secretary of State Stuart Jones, adding, “We believe that the building of a crematorium is an effort to cover up the extent of mass murders taking place in Sednaya prison.“These atrocities have been carried out seemingly with the unconditional support from Russia and Iran,” the main backers of the Assad regime, Jones continued.According to Galant, while it is unclear whether or not the crematorium was in use for all those years, it is imperative that something must now be done, as the actions of the Assad regime amount to nothing less than a genocide, with “hundreds of thousands killed.”The Obama administration made a “strategic mistake,” Galant said, by “deviating” from the course of supporting Sunni countries in order to try get closer to Shi’ite countries, something that he said is different in the Trump administration.Up until a year-and-a-half ago, Syria looked like it was heading toward Sunni rule, but following the Russian intervention, which used methods first applied in Chechnya, such as blockading cities while continuing aerial bombardments, the will of the rebels to fight was broken and the tide turned. But while the Russians are currently backing Assad, they realize the importance of the region and understand who they are aligned with, Galant said.“They realize that once the war is over there will still be 20 million Sunnis in Syria who will be wanting to avenge their dead and the Russians know they will be a target,” Galant said, adding that the Russians will “seek avenues to make relations better with the Sunnis, including sacrificing Assad.”The major threat to Israel remains Iran, which wishes to open up a Shi’ite land bridge from Tehran through Iraq to Damascus in order to get to Israel, according to Galant.“What is behind Syria is Hezbollah, which is backed by Iran. Iran is a danger to the security of the entire world.Iran is the problem, not the solution,” he said.“When we get the tail of the snake [Assad], we can get the head in Tehran, too,” he added.Earlier on Tuesday, the Syrian government denied US accusations that a crematorium had been built at one of its prisons that could be used to dispose of detainees’ remains.A Foreign Ministry statement published by state news agency SANA said the US administration had come out with “a new Hollywood story detached from reality” by alleging the crematorium had been built at Sednaya military prison near Damascus.Amnesty International reported in February that an average of 20 to 50 people were hanged each week at the Sednaya military prison. Between 5,000 and 13,000 people were executed at Sednaya in the four years since a popular uprising descended into war, it said.The Syrian government also denied that accusation.Amnesty said the executions took place between 2011 and 2015, but were probably still being carried out and amount to war crimes.In a briefing on Monday, Jones showed aerial images of what he said was the crematorium at the Sednaya site.Reuters contributed to this report.