Israel would rather have the peace talks jeopardized over granting the PA partial control over the Old City. 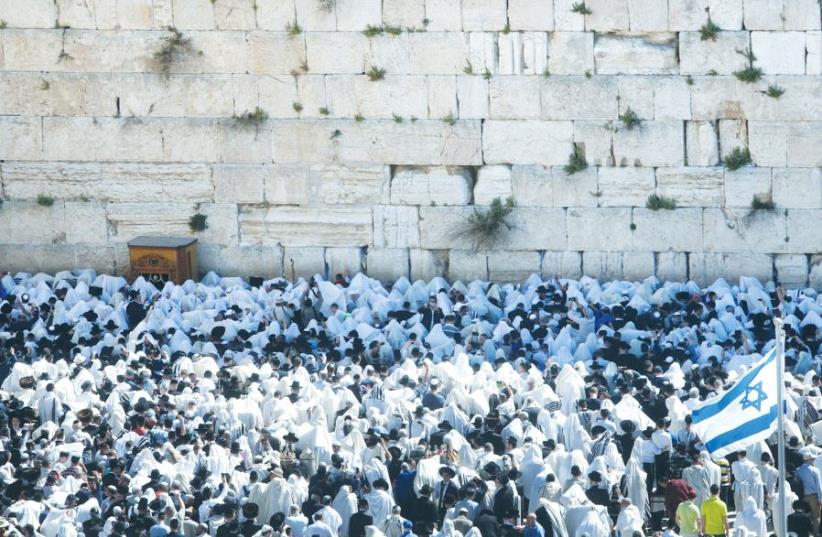 THE WESTERN WALL. Some 47% of left-wing respondents said they would not agree to a partition of the Old City, compared to 94% on the Right and 78% of centrists.
(photo credit: MARC ISRAEL SELLEM)
Advertisement
Some 84% of Israelis surveyed in a recent poll said it is unacceptable to grant the Palestinian Authority partial control over the Old City even if it would hinder peace talks, while a separate poll found that the majority of Israelis do not consider the West Bank under occupation.The former poll, conducted last month by Maagar Mohot on behalf of Israel Hayom, asked Jewish respondents if they would agree to make the concession to reach a final-status agreement for a two-state solution.According to the survey, 67% of Israelis said they oppose limited Palestinian sovereignty of the Old City, while 87% of respondents stated that they would not reconsider their position even if it resulted in the present status quo. 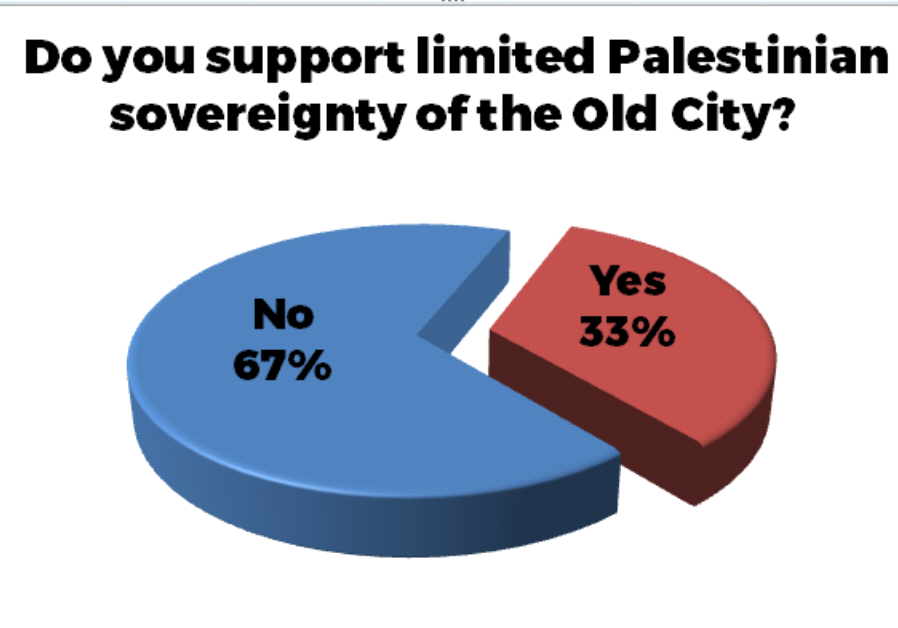 Among those surveyed, 47% of left-wing respondents said they would not agree to a partition of the Old City, compared to 94% of rightwing respondents and 78% of self-described centrists.Additionally, a recent Channel 2 poll found that 47% of Jewish and Arab Israelis support a two-state solution, with only 25% stating that it was a viable option in the foreseeable future.Separately, the monthly Peace Index, conducted by the Israel Democracy Institute and Tel Aviv University during the last week of May, found that on the anniversary of the Six Day War, 62% of Jews in Israel do not consider holding on to territories in the West Bank an occupation. 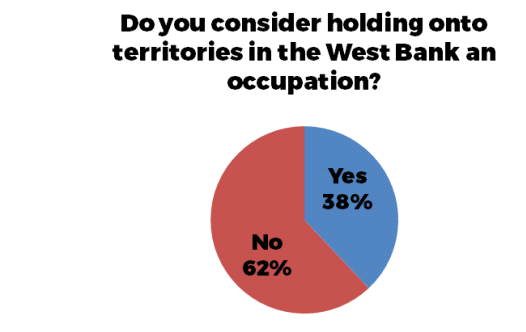 When asked: “Do you agree or disagree with the view that at present Jerusalem is actually divided into two cities; the eastern city and the western city?” 61% of Jews and 54% of Arabs responded affirmatively.Asked if Israel should have ceded conquered territories and launched negotiations with the Arab states for a comprehensive peace agreement immediately following the Six Day War, 65% of respondents said no. 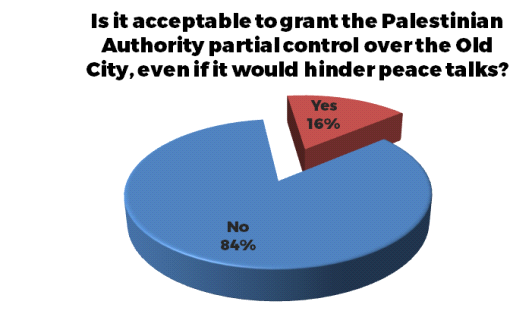 When asked: “Would it have been wise to annex the territories immediately after the war, and present the world and the Palestinians with a fait accompli,” 55% of Jewish Israelis said yes.Asked if “the time has come for Israel to officially annex all the territories that were conquered in the war,” the Jewish public is nearly evenly split, with 44% responding yes and 45% responding no.In terms of settlement construction in the West Bank, 51% of Jews said the policy is wise, with 75% of rightwing respondents supporting ongoing construction, 37% of centrists agreeing and only 4% of left-wing respondents agreeing.Regarding US President Donald Trump’s recent visit to Israel, roughly two-thirds of Jews considered it a success and 52% of Arabs agreed.The poll also found that 59% of Jews do not think that Trump will succeed in restarting peace negotiations with the PA, with 82% of Arabs and Jews agreeing that the odds of peace under Trump’s administration are low.Meanwhile, 52% of Jewish Israelis think Trump will pressure Israel to support the Saudi peace initiative as a basis for Israel-Palestinian negotiations, with 55% stating that the involvement of Arab states, such as Saudi Arabia, could help in reaching a permanent peace.The Peace Index has a margin of error of +/-4.1%.