Israel's Eini at FIFA: 'We can make soccer a bridge for peace' 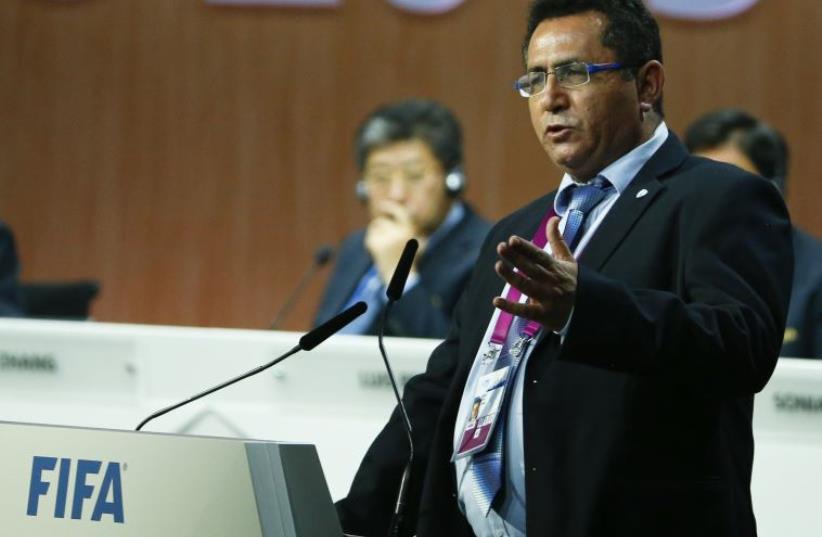 Israel Football Association president Ofer Eini addresses the 65th FIFA Congress in Zurich, Switzerland, May 29, 2015.
(photo credit: REUTERS)
Advertisement
Israel Football Association chairman Ofer Eini on Friday welcomed the Palestinian decision to withdraw a proposal to have Israel banned from FIFA, saying he hoped the athletic bodies could work together to "make soccer a bridge for peace."Eini addressed the congress of the world soccer governing body following Palestinian Football Association head Jibril Rajoub's announcement of the dropped bid."I hope that our cooperation will be the beginning of a process that maybe will lead to peace between our peoples," Eini stated. He added that Israel would consent to an amended Palestinian motion as terms for dropping the original suspension bid."I tell my friend Rajoub lets leave politics for politicians and do the best football we can," Eini said. The PFA has accused Israel of hampering its activities and restricting the movement of players between the Gaza Strip and the West Bank.Israel cites security concerns for the restrictions it imposes and the country's football association has argued that it has no control over security forces.FIFA has been trying to settle the matter for two years and the body's president Sepp Blatter earlier this month travelled to the region and meet Prime Minister Benjamin Netanyahu and Palestinian Authority President Mahmud Abbas.Reuters contributed to this report.