Jihadists at the border: Operatives loyal to ISIS seen near the Golan Heights

Israel is tracking the events beyond the border, but IDF refuses to respond to foreign reports it has reinforced its presence in the area.

Islamist fighters in southern Syria
(photo credit: ARAB MEDIA)
Advertisement
After foreign sources reported on Wednesday that the IDF began to increase its forces in the Golan Heights near the Syrian border, fears were rising on Thursday that Islamic State-linked fighters are nearing the area.According to the reports, the reinforcements include Merkava tanks and armored personnel carriers. The defense establishment is following reports that one of the anti-Assad rebel groups has sworn allegiance to Islamic State and the same group is behind the "spillover" of mortar fire from the Syrian Golan into Israel in recent days.The organization in question is Saraya al-Jihad (Jihad Brigades), who not only swore allegiance to Islamic State, but also succeeded in conquering the village of Qahtaniya near the border.Pictures were published Thursday of Saraya al-Jihad fighters in the Syrian Golan Heights.According to reports from Syria, the Sunni jihadist group has succeeded in establishing a base close to the border, just three kilometers from Kibbutz Ein Zivan in the Israeli Golan Heights. The possibility that light weapons fire that hit Israel on Wednesday came from the group's fighters is being investigated.Israel is tracking the events beyond the border, but senior IDF officials claim that they have no intention of interfering in fighting between the various rebel groups and Assad's army. The belief is that no Syrian group or army is currently interested in acting against Israel, however in the defense establishment preparations have been made for the possibility that one of these groups openly turns their military efforts against Israel. 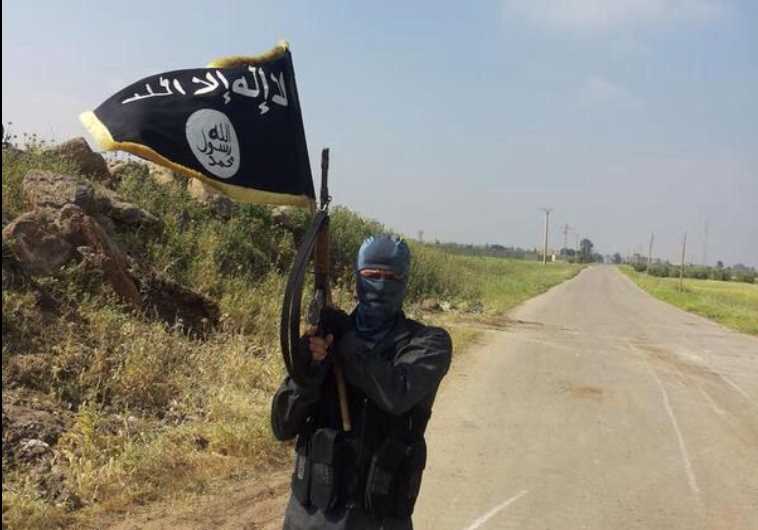 The IDF knows that the point recently conquered by Saraya al-Jihad was formerly in the hands of the al-Qaida-linked Nusra Front, whose operatives did not attempt to challenge the IDF. The estimate is that the mortar shells that landed in Israel on Tuesday were part of the Free Syrian Army and Nusra Front's efforts to reconquer the area.The IDF's official response to reports that it was adding reinforcements to the area was that the army "does not respond to foreign reports," however the farmers and workers of Ein Zivan's fields, where the mortar shells landed in recent days, were instructed by the army to be alert. The order was given after a number of shells from light firearms crossed into Israel as a result of fighting between Syrian rebels and the army. Nobody was injured in the incident. After several minutes of fire from the Syrian Golan, the farmers were instructed to abandon their work and leave the fields until the fighting ceased.However, a defense source downplayed the danger in the area, saying that the Golan enjoys "a pastoral life, a prosperous tourism industry and fruitful agriculture. With the exception of a few small events that Israel has control over, the situation is considered very stable," he said.