Jordan's ambassador to Israel, Walid Obeidat, was previously recalled by the Hashemite Kingdom in November 2014, amid tensions in Jerusalem. 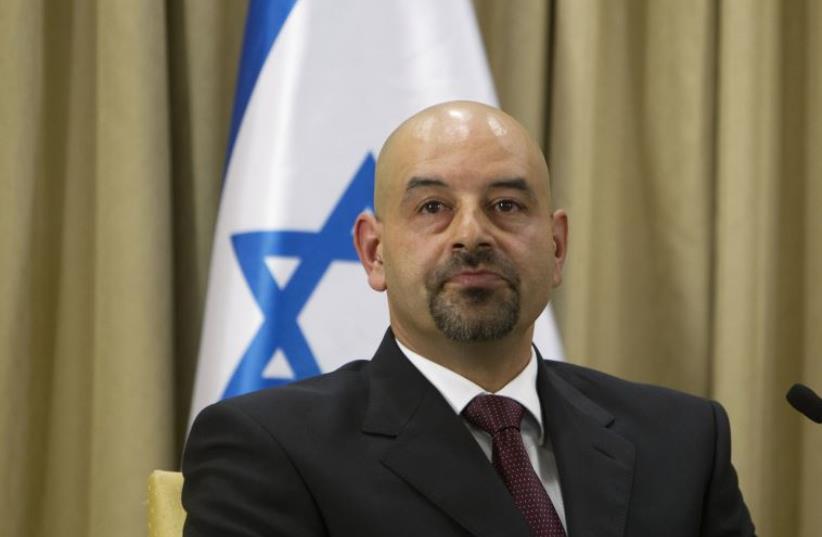 Jordan's new ambassador to Israel Walid Khalid Abdullah Obeidat after presenting his credentials in Jerusalem, 2012
(photo credit: REUTERS)
Advertisement
A group of Jordanian MPs signed Tuesday a petition demanding that the government return the ambassador to Tel Aviv, in protest of Israel's ''boorish policy against Palestinians."The petition, addressed to Jordanian Speaker of Parliament, Atef Tarawneh, was signed by 14 members of parliament. "We would like to praise the government's decision to recall our ambassador to Tehran due to Iran's expansionist policy manifested in its interference in Arab states' affairs," the Jordanian MKs opened their letter.On Monday, Jordan announced it was recalling its ambassador to Tehran for consultation, citing "meddling by Iran in Arab countries" as the reason."We underscore that the decision to recall the ambassador derives from Jordan's policy of supporting the Arab nation and its people," they said."Hence, we demand that the government recall our ambassador to the State of Occupation that kills Palestinian people, expropriates Palestinian lands, storms al-Aksa mosque and violates the peace treaty with its occupation policy that aims to Judaize Jerusalem," they concluded.Jordan's ambassador to Israel, Walid Obeidat, was previously recalled by the Hashemite Kingdom in November 2014, amid tensions in Jerusalem that culminated in an assassination attempt against Temple Mount activist, Yehuda Glick, by a masked Palestinian gunman. Obeidat was returned to Tel Aviv in February 2015, in a joint Israeli-Jordanian bid to de-escalate tensions over al-Aksa mosque.