Sharbafs are sleeping in a tent under the trees on the edge of settlement. 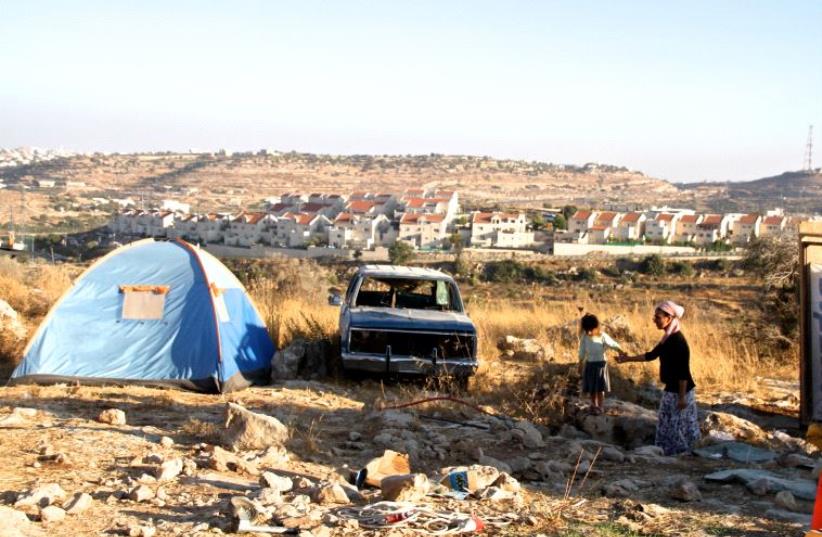 A woman and child at Mitzpeh Avihai outpost
(photo credit: TOVAH LAZAROFF)
Advertisement
Asnat Sharbaf hopes to force the government to build 292 settler homes by sleeping in a tent under the trees with her husband and four small children.“The conditions are difficult and not ideal,” she told The Jerusalem Post on Sunday evening.She was in the midst of cooking omelets and chopping salad as she stood on a hilltop on the edge of the Kiryat Arba settlement, at a site called Mitzpe Avihai.“There is a gas balloon here that allows a hookup to a stove,” Sharbaf said.A lab technician, with an easy smile, she and her family are a far cry from the hilltop youth, who have dominated much of the newer attempts to build fledglings West Bank outposts in the last decade.“We are living in tents intentionally. We are not trying to build an outpost here,” Sharbaf said.Her goal is much loftier than a few dozen shacks. She wants to pressure the government to authorize a new neighborhood in Kiryat Arba with hundreds of homes.An additional seven families who share her vision are camped on the hilltop. They headed up there in the immediate aftermath of the June attack in which a Palestinian terrorist infiltrated Kiryat Arba and killed Hallel Yaffa Ariel, 13, as she slept in her bed.“Terror attacks are part of the war over who this land will belong to,” said Sharbaf. So actions to reclaim the land are a natural response, she added.“The time has come for the government to declare a new neighborhood here. That is what will determine our future here.“We, and the rest of the families, won’t leave until that happens,” Sharbaf said. 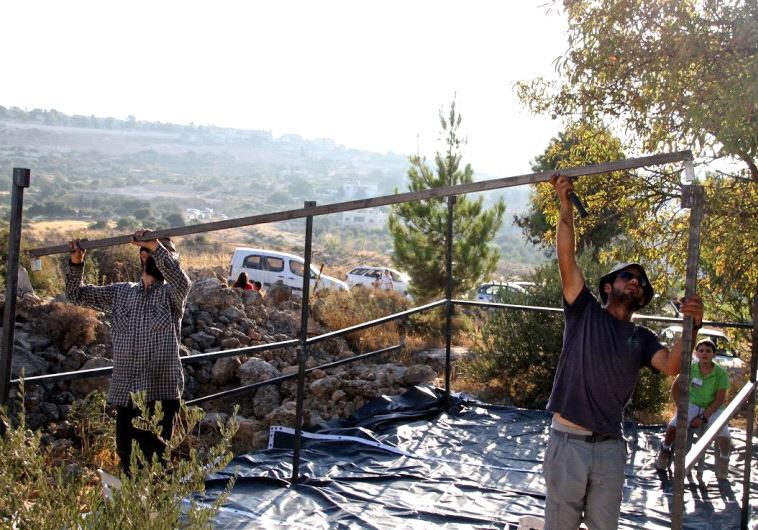 She initially spoke with the Post on the sidelines of a celebratory event Mitzpe Avihai held Thursday for area children, which included cotton candy, popcorn, activities and temporary play structures.Sharbaf, who is eight months pregnant, sat on a plastic chair under a tree on the rocky hilltop.Her hands rested lightly on her belly as she watched her husband, Elimelech, and his brother Yosef build a steel frame for the tent to house the couple and their four small children, ages 3 to 9.Blue plastic sheets cover the sides of the square structure on the ground in front of them.“It’s our second tent here,” she said as she explained that the first one had been located in a spot with much more sunlight. “By 6:30 a.m. it was sweltering there.”The family has an apartment in Kiryat Arba, but for the last month and a half they have gone there only to shower, do laundry and for brief visits.“Most of the time we are here,” she said.Residents of Kiryat Arba have long eyed the hilltop, which is located to the right of the entrance road to their community, above the Paz gas station.It is named for Avihai Levy, 17, who was killed in 2005 on Route 60 by Palestinian gunmen as he stood at a hitchhiking post outside the Beit Hagai settlement. He was a student at the yeshiva high school in Kiryat Arba.After his death, his friends, began to hike in the area in his memory and then, after a few years, they attempted to build an outpost in there in his name.Temporary shacks were built, some of which even had concrete floors.It was evacuated some 10 times, until in 2012, settlers stopped trying to build there, said Sharbaf. She and her family had lived there for half a year and were among the families that were evacuated from the site.Ariel’s murder two months ago triggered a renewed interest in the hilltop, not just among the hilltops inhabitants, but within the larger community of Kiryat Arba.Their encampment has already raised red flags in the international community. On July 25, UN Special Coordinator for the Middle East Peace Process Nickolay Mladenov said, “I am also concerned about repeated efforts by a number of families to rebuild the Israeli outpost of Mitzpe Avichai.”Sharbaf said such international objection is the reason the government has failed to build the new neighborhood.The hilltop is located within the boundaries of the community and there was no reason not to construct new homes here, Sharbaf said.The only issue is an access road, because it may be situated on private Palestinian land. But they are looking for a solution, such as building a bridge, she said.“But that is just the excuse the government is using,” she said.“The time has come for the government to act as a sovereign power here.” 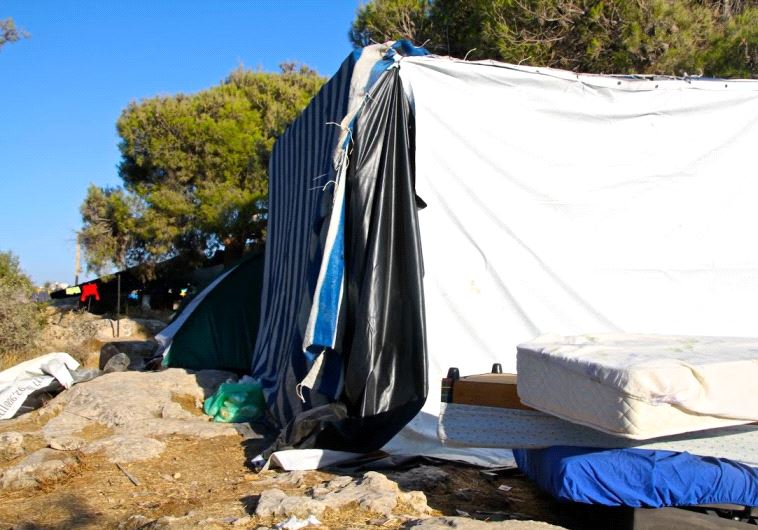