No injuries have been reported but two individuals were treated for shock. 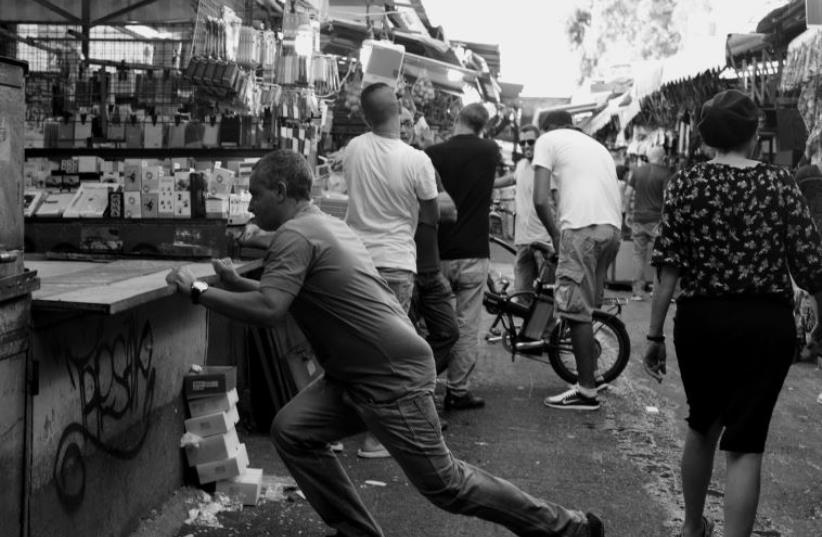 Shuk HaCarmel after dark
(photo credit: MAGALI DRUSCOVICH)
Advertisement
Panic ensued when a man wielding a knife ran through Tel Aviv's Shuk Hacarmel market Friday afternoon.Initial reports showed that the man was known to medical personnel, possibly due to mental health issues.Fearing a terrorist attack, market goers and workers fled the immediate area in panic.Police arrived at the scene and the suspect was arrested.No injuries have been reported but two individuals were treated for shock.Israel has been gripped in a wave of terror attacks emanating from the Palestinian community since September of last year. Though violent incidences have subsided over recent weeks, tensions are still wrought throughout the country.One of the most violent and shocking attacks occurred  less than two months ago, when a pair of Palestinian terrorists shot and killed four Israeli civilians at the Sarona Market complex in Tel Aviv.  The June 8 attack also left more than 40 wounded. On Thursday, IDF units along with the Civil Administration and Israel Police destroyed the home of the two terrorist responsible for the Sarona attack while operating in the West Bank town of Yatta (near Hebron), according to a military statement.The family home belonging to cousins Khaled Mahamrah, 20, and Mahmoud Mahamrah, 21, was razed by IDF forces following a military order. The two suspected assailants have been arraigned and are awaiting trial. Yaakov Lappin contributed to this report.