By JPOST.COM STAFF
William Schabas
(photo credit: screenshot)
Advertisement
Israel’s ambassador to the United Nations predicted on Wednesday that Jerusalem will not cooperate with the so-called “Schabas committee” that has been appointed to investigate alleged war crimes committed during Operation Protective Edge.International Canadian law expert William Schabas – known for his criticism of Israel – will head the United Nations Human Rights Council’s probe into Israel’s actions in the West Bank, east Jerusalem and Gaza in the last two months.The Foreign Ministry said that Schabas’s appointment to head the panel proved that Israel cannot expect justice from this body.“The report has already been written and the only question is who signs it,” the Foreign Ministry said.In an interview with Army Radio, the Israeli envoy, Ron Prosor, expressed doubt regarding the legitimacy of the panel due to what is perceived by Jerusalem officials as a committee with a clear anti-Israel bias.“Forming an investigatory committee headed by Schabas is like inviting ISIS to organize religious tolerance week at the UN,” Prosor told Army Radio. 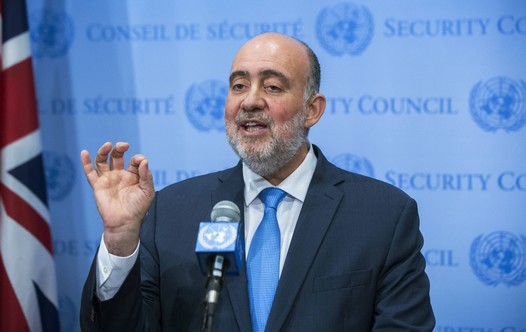 "There is no doubt, Israel cannot cooperate with a committee headed by this international law professor," the ambassador said. "It's pretty obvious that this panel is destined to fail. Primarily, its main purpose is to trip up Israel.""When Schabas was asked by Channel 2 whether he'll investigate Hamas, he said he first needed to consult with his colleagues on the panel," Prosor said. "Perhaps we can arrange for him to speak with a phone buddy - [Syrian President] Bashar Assad."Prosor, a former ambassador to London, also criticized calls for Britain to impose an arms embargo on Israel in response to Operation Protective Edge."Britain needs to reconsider these things before it boycotts the State of Israel," the ambassador said. "Every country would have stood up and defended its citizens. Even Great Britain can learn from small Israel on this matter instead of preaching morality."According to Prosor, one of Israel’s major challenges on the diplomatic stage is the gap between the empathy displayed by European governments for Israel’s security predicament and the lack of understanding on the part of the citizenry. “Most European governments understand the challenges faced by Israel,” Prosor told Army Radio. “The public, meanwhile, sees the pictures. This discrepancy will eventually be closed, like in every democratic country. This will create quite a dilemma.”“Whoever doesn't stand with Israel at the forefront in the fight against terrorism will eventually end up paying the price at their doorstep,” the envoy said.The commission has been tasked with identifying those responsible for “violations of international humanitarian law,” and with holding the violators accountable and ending their impunity. It’s expected to deliver its report to the United Nations Human Rights Council in March, 2015.Tovah Lazaroff contributed to this story.