Kushner, Greenblatt to visit Israel this week in pursuit of a peace deal

US President Donald Trump's son-in-law Jared Kushner and Mideast envoy Jason Greenblatt are slated to land in Israel this week to try to revive peace talks between Israel and the Palestinians. 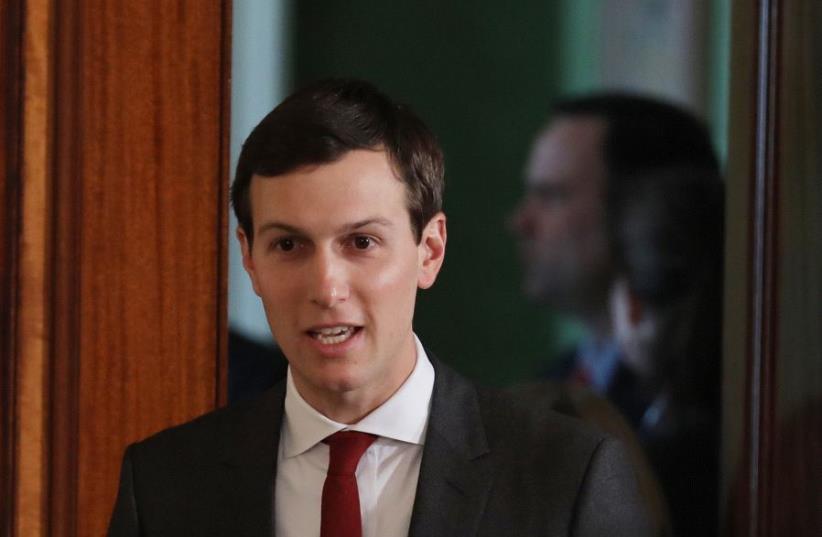 Jared Kushner
(photo credit: REUTERS)
Advertisement
Top White House aides Jared Kushner (US President Donald Trump's son-in-law and a shadow diplomat in the current administration) and Jason Greenblatt, a special representative for international negotiations, will both travel to Israel this week in pursuit of a peace deal, the White House confirmed Monday morning. Greenblatt is set to arrive on Monday and Kushner on Wednesday. The two are expected to meet Prime Minister Benjamin Netanyahu in Jerusalem and Palestinian Authority President Mahmoud Abbas in Ramallah in an effort to revive peace talks between Israel and the Palestinians. "Excited to be traveling back to Israel and the Pal. Territories to continue the discussion about the possibility of peace," Greenblatt wrote on Twitter.
Reuven Rivlin meeting with US Middle East Envoy Jason Greenblatt on March 15, 2017 (credit: GPO)

Excited to be traveling back to Israel and the Pal. Territories to continue the discussion about the possibility of peace.

The visit to Israel will be Kushner's second one in the past two months. In May, Kushner and his wife Ivanka joined Trump as the president paid an official visit to Israel on his maiden tour abroad. Kushner visited sites such as the Western Wall and Jerusalem's Holocaust Museum Yad Vashem along with Trump. A White House official told the Wall Street Journal, which reported the expected visit early Monday morning, that "it is important to remember that forging a historic peace agreement will take time and to the extent that there is progress, there are likely to be many visits by both Mr. Kushner and Mr. Greenblatt, sometimes together and sometimes separately, to the region and possibly many trips by Israeli and Palestinian negotiators to Washington, DC, or other locations as they pursue substantive talks." Many eyebrows were raised when Trump first appointed Kushner to attempt to broker a peace deal, seeing as the businessman had no previous diplomatic experience. However, Trump was steadfast in his decision and said at the time that he believed his son-in-law was perfect for the job because he "knows the region, knows the people, knows the players." Kushner, an Orthodox Jew, is currently embroiled in the controversial affair that links between top administration officials and Russian diplomats. Late last week it was announced that the senior adviser's business dealings and finances are currently being investigated by special counsel Robert Mueller concerning possible illegal dealings with Russian officials.