Liberman ‘is living in another world,’ says top Abbas adviser 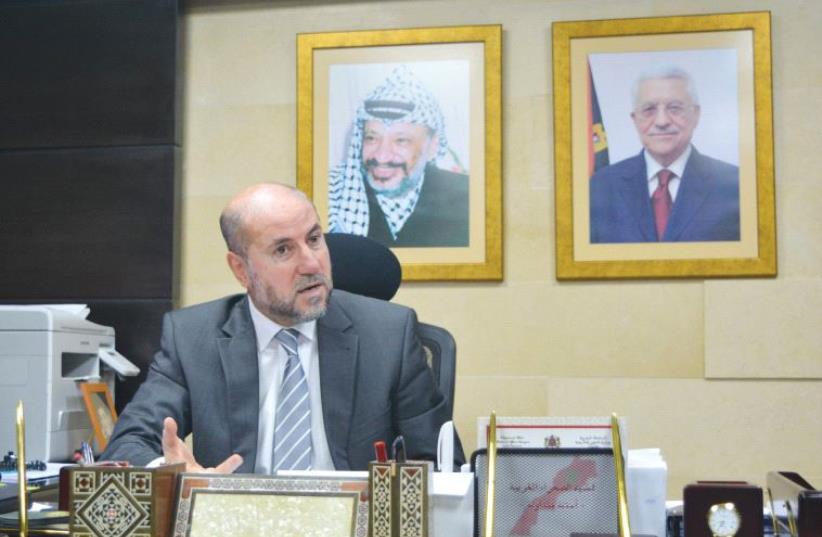 MAHMOUD AL-HABASH, top adviser to PA President Mahmoud Abbas, responds to questions during an interview yesterday in his office in northern Ramallah.
(photo credit: UDI SHAHAM)
Advertisement
Authority president, Mahmoud al-Habash, slammed Defense Minister Avigdor Liberman on Wednesday for the latter’s comments earlier this week in an interview with Al-Quds, a Palestinian daily newspaper.“Everything that Liberman told Al-Quds is nothing more than nonsense and senseless jabber,” Habash told The Jerusalem Post in his office in northern Ramallah. “It appears that Liberman does not know what he is saying and is living in another world.”Liberman discussed the peace process, economic development, the possibility of another war in Gaza, and a handful of other issues in a wide-ranging interview with Al-Quds.Habash, who also serves as the highest Sharia authority in the Palestinian Authority, said that Liberman incorrectly thinks he can bypass PA President Mahmoud Abbas. “Liberman wants to work around President Abbas, but he will never succeed. The Palestinian people oppose all initiatives to bypass its leadership, which is the PLO and President Abbas,” Habash remarked.The defense minister told Al-Quds that a peace agreement requires someone other than Abbas to occupy the top position in the Palestinian leadership.“The problem lies with Abbas refusing to sign a final agreement. An agreement of this type requires another person who is capable of making the tough decision concerning the Arab world, the Palestinians and even Jerusalem,” said Liberman. “Abbas does not have the ability to market his goods to the people.”Liberman has long criticized Abbas and maintained ties with his top rival, Muhammad Dahlan.Habash questioned the sincerity of Liberman’s statement to the Palestinian daily that he supports the twostate solution. “How can Liberman say that he supports the two-state solution, but at the same time live on stolen land that belongs to the state of Palestine as a settler? His talk and actions do not reflect each other,” Habash stated. “We honestly do not rely on what Liberman says about the peace process or about other issues.”Palestinian leaders and Liberman have exchanged barbs over the past years. Most recently, Palestinian leaders condemned Liberman for proposing a “carrot and stick” plan in late August, which would reward Palestinian villages that refrain from violence and punish those that pursue it.