Liberman called on Arab leaders to follow former Egyptian president Anwar Sadat’s footsteps on the eve of the anniversary of his historic visit to Israel. 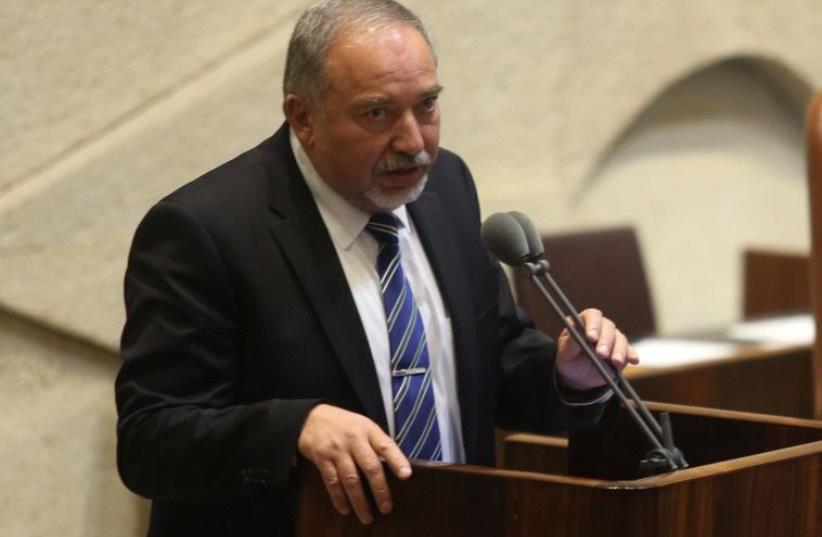 Avigdor Liberman
(photo credit: MARC ISRAEL SELLEM)
Advertisement
Moderate Arab leaders should come to Jerusalem to form a coalition with Israel against Iran, Defense Minister Avigdor Liberman said Saturday in a message he posted on his Facebook page.On the eve of the anniversary of former Egyptian president Anwar Sadat’s historic visit to Israel to forge a peace deal between the two countries, Liberman called on Arab leaders to follow in his footsteps.“Anwar Sadat was a courageous leader who stood against the tide and paved the way for other Arab leaders to recognize the importance of the strategic relationship with the State of Israel," Liberman wrote.“Forty years after its historic landing in Israel, I call on the leaders of the region to follow in president Sadat’s steps by coming to Jerusalem and opening a new page, not just with regard to Israel's relationship with the Arab world, but with the region as a whole. What the Middle East needs now, more than anything else, is a coalition of moderate countries against Iran."He issued his statement after IDF Chief of Staff Lt.-Gen. Gadi Eisenkot gave a highly unusual interview last week to a Saudi newspaper published in London.“We are ready to exchange experiences with Saudi Arabia and other moderate Arab countries and exchange intelligence information to confront Iran,” Eisenkot told the Elaph newspaper, adding, “There are many shared interests between us and Saudi Arabia.”The idea of a regional coalition against Iran comes as Israel fears Tehran is strengthening its military presence in Syrian, not far from the Golan Heights border.“The coalition against ISIS has ended its role," Liberman wrote.