The UK in 2001 proscribed Hezbollah's External Security Organization on its list of terrorist organizations. Khan's request would entail the banning of the entire organization. 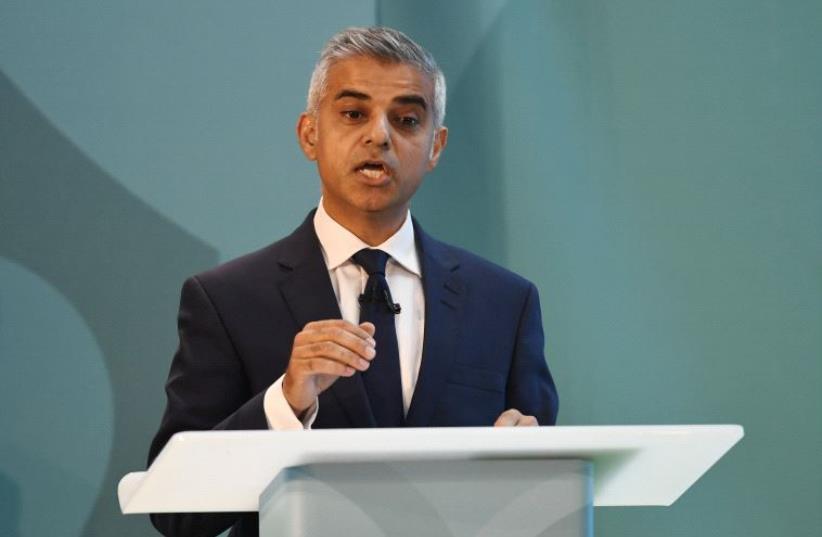 London Mayor Sadiq Khan
(photo credit: REUTERS)
Advertisement
London Mayor Sadiq Khan will write to the United Kingdom Home Secretary Amber Rudd to lobby the government to outlaw Hezbollah, according to British newspaper The Jewish Chronicle.The UK added Hezbollah's External Security Organization to its list of terrorist organizations in 2001. Khan's request would entail the outlawing of the entire organization.Khan has faced pressure in recent weeks following June's al-Quds march that saw hundreds of anti-Israel protestors march through central London, some waving Hezbollah flags. More than 15,000 people signed a petition requesting that the London mayor withdraw permission for the march, but their pleas went unheard.One speaker at the demonstration blamed "Zionists" for the recent deadly Grenfell Tower fire in the city. Others chanted, "Zionists, ISIS are the same. Only difference is the name."Two weeks ago, Khan's refusal to commit to making such a request was the cause of a fiery exchange during a meeting at the London Assembly with Conservative assembly member Andrew Boff, who accused Khan of "not doing his job," and failing to look after the welfare of London's Jewish community.The United States, France, Canada, Netherlands and Israel all classify Hezbollah as a terrorist organization without distinguishing between its different sections. The Arab League and the Gulf Cooperation Council have also proscribed Hezbollah as a terrorist organization. The Board of Deputies of British Jews, the main representative body of British Jewry, welcomed the news emerging from London's City Hall. "Hezbollah itself does not distinguish between its military and political wing which is one and the same. The government urgently needs to follow the example of the USA, Canada and the Arab League by outlawing Hezbollah in its entirety," said the Board in a statement.