Israel police have opened an investigation into the incident. 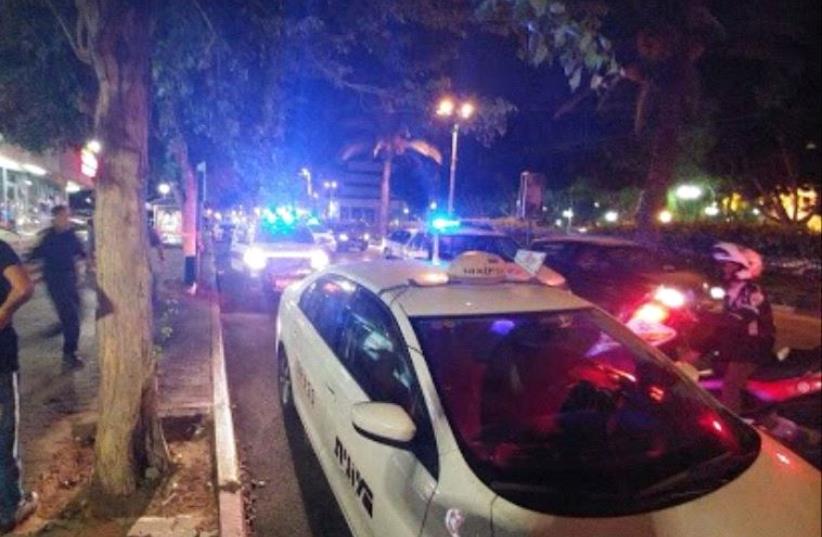 Scene of Ra'anana stabbing.
(photo credit: MAKOR AMIN)
Advertisement
Israel Police received an initial report of a stabbing attack in the central city of Ra'anana Wednesday evening.The victim told authorities that the suspect was an alleged Arab assailant. Authorities later said the attack was criminally motivated. An MDA spokesperson said that an Israeli citizen was left with moderate to serious wounds to his upper chest following the episode. According to an Israel Police spokesperson, a man was moderately wounded in the main Street in Ra' anana Wednesday evening, which led police units to search for the suspect who fled the area.It is unclear if the assailant was apprehended in the episode or how police came to the conclusion of criminal intent.