The film, posted onto the group's Facebook page, is set to Arabic music with lyrics celebrating "the heroes of a mighty people" setting "fires against the [Israeli] occupier."

Al-Aksa Martyrs Brigades releases new promotional video
Advertisement
The Fatah movement's armed wing, the Al-Aksa Martyrs Brigades, released a promotional video Thursday afternoon featuring one of its militants eating a live snake while others practice military training exercises, according to Jerusalem based NGO Palestinian Media Watch.The militant, dressed in fatigues and camouflage make-up, can be seen "chewing and biting" a snake grasped between his hands, in what the NGO describes "as a sign of military prowess."The footage also displays Fatah militants practicing kidnapping techniques and guerrilla military tactics to combat Israeli targets in preparation for future confrontations, the Palestinian media watchdog added. 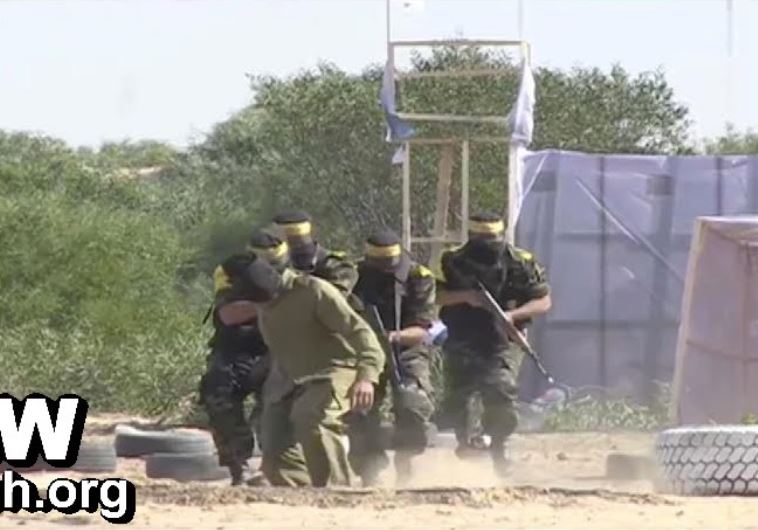 (Photo: Arab Media)The film, posted onto the group's Facebook page, is accompanied by Arabic music with lyrics celebrating "the heroes of a mighty people" setting "fires against the [Israeli] occupier."The lyrics go on to say "A sniper unit in the battalions does not fear death...Using RPGs and booby-traps, they did not leave even one settlement."
(Photo: Arab Media)The Al-Aksa Martyrs Brigades is the military arm of the Fatah movement, the secular organization which has dominated the Palestine Liberation Organization and is under the control of Palestinian Authority President Mahmoud Abbas.